The Sobriety Tests Used for Driving Under the Influence of Drugs

Most drivers are aware of how they will be tested for driving while intoxicated (DWI) if they have been drinking alcohol. Few have any idea about the sobriety tests for drugs like marijuana.

Unlike drunk driving, there is no standardized breath or blood test for driving under the influence of drugs.

Typically, field sobriety tests are used that have changed little in years. These include the horizontal gaze nystagmus, the walk, turn, and the one leg stand test

Officers have other tests in their repertoires such as alphabet or counting tests. A police officer may have a person count backward from a certain number to another to see if they are able to recite the correct sequence, start at the correct spot, and end correctly. The officer sometimes does other tests such as the finger touch.

In the case of drugged driving, police will place more credence on physical signs like dilated pupils. There may be physical signs that the driver has been taking drugs such as how they talk or the way they are moving.

The officer may observe the person to see if there are any other signs that the officer thinks indicate the use of drugs. Sometimes, marijuana may affect the color of a taker’s tongue. Sometimes, the police believe that the degree of redness of the driver’s eyes may indicate intoxication by alcohol, marijuana, or other substances. 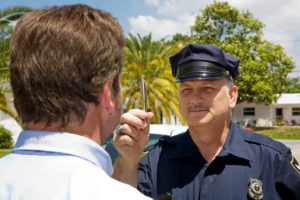 The question of whether a driver is intoxicated after taking drugs is down to the discretion of the prosecutor.

Many police departments use Drug Recognition Experts to help give them a standard investigation tool that is meant to indicate whether a person is under the influence of any drugs.

Although a drug recognition expert may prove influential before a jury, they often lack training and they do not properly execute the standard testing for professionals.

Some companies are seeking to develop more accurate breath tests for drug consumption, However, at present, there is plenty of leeway for police in drugged driving cases.

If you have been charged with drugged driving, please call our Tarrant County criminal defense lawyers today.