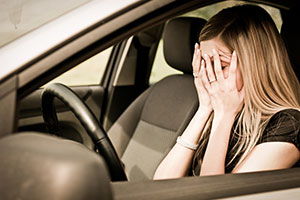 Our client was in court accepting probation for possessing a controlled substance. After appearing before the judge and meeting with a probation officer, she drove home. On the way she fell asleep and drifted onto the shoulder of the highway, running over a man who had parked on the shoulder with car trouble, killing him instantly. Our client was arrested on the scene and taken to a hospital for a blood test which showed she had valium in her blood.

The prosecutor claimed that she was intoxicated on valium and tried her for intoxication manslaughter. We recused the judge she had seen earlier that day and had him as a witness in the case. We examined the judge about the fact that he cannot take a plea from an intoxicated person and that he has to examine the people who appear before him to make sure they are not intoxicated when they enter a plea. We argued that the judge did just that – examined our client for intoxication – when he accepted our client’s plea earlier that day and placed her on probation. We also had our client’s attorney testify that he would not have allowed her to plead guilty to the drug charge if she had been intoxicated. Furthermore, we had an expert who testified that the level of valium in our client’s blood was consistent with a therapeutic dose and did not mean she was intoxicated. The jury found our client not guilty of intoxication manslaughter.