Field sobriety tests are controversial but they are still used in Texas, despite concerns about their reliability.

These tests are intended to test how alert you are, your balance or your reflexes. Often a police officer may give you these tests if he or she smells alcohol or your voice is slurred.

Field Sobriety Tests You May Be Asked to Take

The National Highway Traffic Safety Administration (NHTSA) has sanctioned three field sobriety tests, but there are others. Those recommended by NHTSA are:

This test refers to the involuntary twitch (the nystagmus) that occurs when a person looks sideways at an angle greater than 45 degrees. Drivers with a high blood/alcohol content twitch when a light is held at less than 45 degrees.

The walk-and-turn test looks at factors like balance and coordination. The driver is instructed to take nine steps in a heel-to-toe manner in a straight line.  After the ninth step, he or she must turn on one foot and return in the other direction in a heel-to-toe fashion. 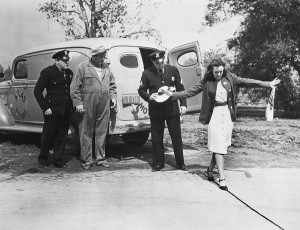 Field sobriety tests have been used for decades

These field sobriety tests have come under criticism because there is a subjective element. While a breath or blood test gives a defined reading, field-sobriety tests involve an element of judgment on behalf of a police officer.

There are also non-standardized tests in Texas. An officer could request you take a wide range of field sobriety tests. For example, you may be asked to say your ABCs backwards, count on your fingers or track an object moving horizontally with your eyes.

You are within your rights to refuse a field sobriety test, even though the officer may tell you otherwise.

You should be aware that there are lots of other factors that can lead a driver to fail these tests. If you have a neurological condition such as Parkinson’s disease, your balance could be affected.

Even the National Highway Safety Association admits the tests it recommends have a reliability factor of about 65 to 77 percent.

There are good reasons for refusing these tests. If your blood/alcohol level is below the .08 percent limit, you can still be charged it you appear to be impaired. In rare cases people with a BAC of 0/0 percent have been charged with DWI in Texas based on the basis of field sobriety tests.

You can read more about DWI defense here. At the Medlin Law Firm, we provide an aggressive DWI defense in Tarrant County. Please call us for a free consultation at (682) 204-4066.