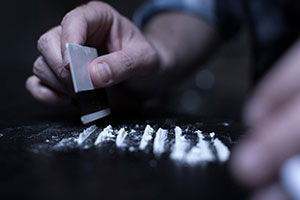 Our client had a prior felony conviction and was looking at a minimum of 15 years in prison if convicted of possession with intent to deliver cocaine.

Police officers had a tip that he was in possession of cocaine and knocked on his door. They claimed that the client allowed them to come in where they then saw cocaine in plain view and arrested him for possession with intent to deliver. At trial we showed that our client had told the cops through his window that he did not want to talk to them, but they would not leave. Then, when our client opened the door to tell the officers he did not want to talk, they pushed their way in. We also found police records that another cop had heard someone say through the window “no dog, we don’t want any.” This was also confirmed by a friend of our client.

At trial, we got the judge to instruct the jury that if they believed that our client had not agreed to let the cops come into his home, that the entry by the cops was an illegal entry without a warrant and in violation of the fourth amendment. The judge then said that the jury should ignore the evidence found as the result of illegal police activity and find our client not guilty. If the police officers had not entered the house, they could not have charged our client with possession. The jury agreed that the cops did not have permission to enter our client’s home and found him not guilty of possession with intent to deliver cocaine. The cocaine actually belonged to our client’s girlfriend who had a drug problem.