Child abuse charges can be difficult to shake off, particularly when the nation is in the grip of a moral panic. In Texas, a couple has finally been exonerated of a child abuse conviction but not before it destroyed their lives.

Fran and Dan Keller were formally exonerated of the crime on June 20 in Austin, reported The Intercept.

They were prosecuted in 1992 on the back of a wave of mass hysteria dubbed the Satanic Panic.

This largely unfounded episode started in the 1980s. The childcare industry was allegedly infiltrated by Satanists intent on sexually abusing and brainwashing children.

The Kellers were caught up in the panic. They paid a high price and lost the best years of their lives on unfounded allegations. 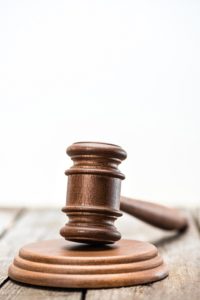 In the early 1990s, Fran and Dan Keller were sentenced to 48 years each in prison.

They were accused of the sexual assault of a 3-year-old girl who was an occasional visitor to their home daycare center on the rural margins of Austin.

The number of children alleging abuse grew and the accusations became more extreme and lurid.

The Intercept reported on how the Kellers were accused of sacrificing babies. Macabre ceremonies were carried out in a local graveyard, according to the accusers.

The Kellers placed blood in the children’s drinks, they flew the children to Mexico to be sexually abused by military officials and Fran cut off the arm of a gorilla in a nearby park, according to the lurid claims against them.

The allegations lacked credible evidence but it seemed to matter little to a criminal justice system in the grips of the Satanic Panic.

The Intercept writer who researched the story for the Austin Chronicle found many of the cops who worked the case still believed some of the most outrageous allegations against the Kellers.

The Austin Chronicle had to take the police department to court to release its investigative report on the case.

The only remotely physical evidence of abuse came from Michael Mouw, an emergency room doctor who examined the girl and reported there appeared to be damage to her vaginal area consistent with sexual abuse.

He later said he attended a medical conference where he found what he believed was evidence of abuse was a normal variant in the female genitalia.

The couple was released from prison in 2013 but the authorities did not exonerate them.

They struggled to rebuilt their lives and were saddled with sexual assault convictions. They were finally exonerated this year by Travis County District Attorney Margaret Moore who announced there was “no credible evidence” against them.

Many defendants in Texas spend long periods behind bars for crimes they did not commit. Texas tops the national table for exonerations, we noted recently. If you are innocent but have been charged with a serious crime, you should never assume you will be treated fairly. Hire a seasoned Tarrant County criminal defense attorney to represent you.