Advances in DNA and other evidence collection methods have increased the number of exonerations in recent years and Texas routinely tops the table.

Exonerations are when innocent men or women are cleared of a crime they have been convicted of. Many have spent many years in prison for a crime they didn’t commit. Texas’ appalling record for miscarriages of justice makes it imperative to hire an experienced Fort Worth criminal defense lawyer if you are charged with a crime. 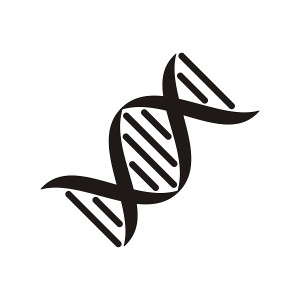 Texas and Harris County, in particular, has an issue. Recently, a report on the BBC pointed to a record number of exonerations in the U.S. in 2015. A large number of those came from Harris County. Texas led the nation with 54 exonerations.

In all, there were 73 exonerations for drug possession in Harris County alone. They included.

There were also exonerations of defendants who had served many years in jail. The National Registry of Exonerations at the University of Michigan Law School highlighted them in its 2015 report.

The report said 149 people were exonerated last year in 29 U.S. states after serving an average sentence of 14.5 years in prison. The highest number was in Harris County.

It was the second year in a row that Harris County, which includes the city of Houston, had the most exonerations. In 2014 it was also the exoneration capital of the United States with 31.

The statistics raise some serious and worrying questions about criminal justice in Harris County. However, public defender Alex Bunin said the exonerations came to light because the county was following correct protocols.

Sam Gross, a University of Michigan law professor, said even convictions for drug possession can have a dramatic impact on the lives of the defendants. He said the U.S. criminal justice system is geared toward plea bargains. It’s a method that can encourage innocent people to plead guilty to crimes.

The 2015 exonerations led to the release of Alfred Brown who ended up on death row for the killings of a store clerk and a Houston police officer. Prosecutors re-interviewed witnesses after the Texas Court of Criminal Appeals overturned his conviction. They found the evidence was not conclusive.

Another Texas exoneration was that of Hannah Overton. She was convicted of the fatal poisoning of a 4-year-old Corpus Christi boy more than a decade ago.

Gary Medlin of The Medlin Law Firm has more than 32 years of criminal law practice in Fort Worth. He has seen some high-profile miscarriages of justice in the Texas legal system and is committed to your rights. Call the Medlin Law Firm for a free consultation at (682) 204-4066.