Child protective services in Texas have been the subject of official criticism for years. Much of it concerned the safety of children in foster care. These fears were reinforced with a foster parent arrest in San Antonio on sex abuse charges.

Miguel Briseno, a 58-year-old man from Devine was arrested in October. He faces five charges of sexual assault of a child. He remained in Medina County jail on a $500,000 bond. He is accused of the sexual assault of five former foster children.

Officials said they are concerned about the potential scope of the alleged crimes.

A report on Oklahoma’s News 4 contained comments from officials that Briseno took in more than 180 girls from 2005 to 2010. 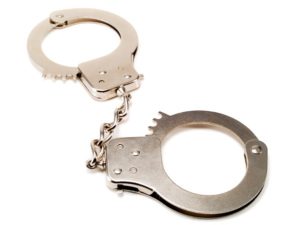 “It’s not a question about whether there are more. It’s just about how many.”

One other alleged victim came forward in October since news broke of 58-year-old Miguel Briseno’s arrest. A charge had not been filed in the sixth alleged case.

Law enforcement officers said they were concerned about a system in which a company placed girls with the foster carer.

Brown branded it a  “money-making deal.” He said the girls were treated as if they were livestock.

Child Protective Services is the overseeing body. CPS said foster placements to Briseno’s house stopped in 2013 after sexual abuse allegations were reported. Brown said he was first arrested that year when a foster child alleged he sexually assaulted her.

In Texas, Child Protective Services has been criticized for decades following claims of historic underfunding that failed to protect foster children from killings and abuse.

At the end of 2016, the Star-Telegram reported on how state GOP leaders approved a request to take on 800 more workers and allow pay raises to others.

Since 2004, killings of foster children in Texas’ privatized system resulted in extra cash and legislative changes in an attempt to improve CPS.

However, change has proved slow and CPS has been highlighted as an area needing reform by Texas Governor Greg Abbott.

If you have been charged with a serious offense of this nature, please contact our experienced Fort Worth criminal defense lawyers.