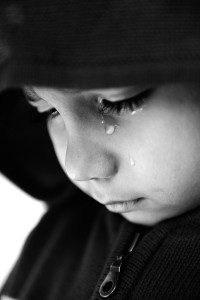 child protective services is under fire in Texas

Child Protective Services in Texas has been under fire for decades amid claims of historic underfunding that has failed to protect foster children from killings.

At the end of last year, the Star-Telegram reported on how state GOP leaders approved a request to hire 800 more workers and grant pay raises to others.

The article alluded to “repeated instances” in which CPS ignored clear threats to children, often ending in tragedy.

Since 2004, killings of foster children in Texas’ privatized system led to extra cash and legislative changes in an attempt to improve CPS.

Texas only spends about half of the national average among US states on child protection, the report stated.

Just over a year ago, a federal judge warned offenses like abuse and rape were the norm for as many as 12,000 foster children held in CPS custody for at least one year to 18 months or more.

The tragic death of four-year-old Leiliana Wright of Grand Prairie highlighted the severe problems in the system.

Fox News reported the girl ended up in the care of her mother – a drug abuser who was charged with her death.

Family Court Judge William Harris who had been on the bench in Tarrant County for 21 years, said he was outraged by the death.

Police charged the child’s mother Jeri Quezada and her boyfriend Charles Philfer of the killing, allegedly during a heroin-fueled torture session.

In 2016, The Dallas Morning News reported about a breakdown in Dallas County child-abuse investigations and a mass evacuation of severely disturbed foster children from two questionable private vendor facilities in West Texas.

A recent report in the Observer detailed how Texas child protective services has been accused of refusing to help abused children of undocumented immigrants.

If a state agency fails to do its job properly it can put vulnerable children in unnecessary danger and complicate criminal investigations.

The Observer warned that more than 2,800 children who were at high risk of being abused or neglected went for many weeks without being seen by state employees. It said 171 kids died in the space of two years while under state care.

If you have been charged with a serious crime in the Fort Worth area, it’s vital to get experienced legal representation. Call the Medlin Law Firm at (682) 204-4066.