Violent crime rose across the United States in 2016 and the spike was even higher in Texas, according to figures from the Federal Bureau of Investigation (FBI).

Texas outpaced the national increase in murders and other violent crimes in 2016 compared to 2015, according to the latest crime data.

However, property crimes continued to fall and levels of violent crime in Texas remain lower than 10 years ago.

According to the Amarillo Globe-News, violent crime rose steadily for the second year in a row in 2016 after record low levels in 2014. The dip in levels of property crimes are in line with a long downward trend.

Violent offenses in Texas are rising at a faster rate than the nation as a whole. While the national rate increased 3.2 percent nationwide in 2016, it jumped 5.3 percent in Texas, according to the federal data. 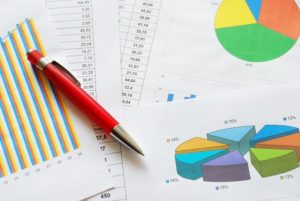 The FBI figures suggested Texas’ violent rates are higher overall. The Lone Star State recorded 434 violent crimes recorded per 100,000 people compared to 397 for the United States as a whole.

Four of the state’s five biggest cities saw increases in homicides in 2016. Austin, San Antonio and Dallas saw marked increases in killings. However, the homicide rate fell in Houston.

There is evidence that the increase is not being sustained in 2017, although Fort Worth experienced a spike in killings in early 2017.

Attorney General Jeff Sessions and President Donald Trump claim the nation is in the grip of a crime wave. However, while the figures show violent crime is rising, it should be viewed against historical lows three years ago.

The level of violent crime in Texas is down 16 percent from ten years ago.

Alex Piquero is a professor of criminology at the University of Texas at Dallas. He said it’s important not to jump to conclusions based on two-year trends. Piquero told the media:

“The increases are ticking up, but I don’t think that they’re a cause for alarm yet. What they are cause for is for people to pay closer attention to see what’s going on at the local level, at the state level and at the national level and address those problems in those contexts.”

Violent crimes carry the harshest sentences in Texas and the Lone Star State typically executes more people convicted of murder than any other state. Contact an experienced Fort Worth criminal defense lawyer if you have been charged with a violent crime.