Over the last two years, Texas cities have been struggling to contain a spike in violent crime as armed robberies rise.

A report in U.S. News noted police in Austin are trying to stem an increase in robberies and overall violent crime in a fast growing metro area.

In March, The Austin American-Statesman reported a spike in violent crime that left half a dozen people dead as partygoers flocked to festivals. Violent crime rose by 10 percent in 2016, and Austin recorded more homicides than it had in years.

In the year through March 13, police reported 187 robberies, including four at banks and 28 at businesses. Police said in about half of these instances –  92, the robbers were armed with a gun.  The gun was fired in nine robberies. 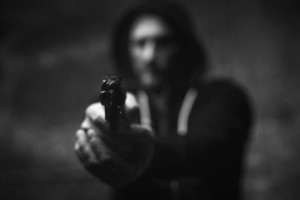 The armed robberies rise is unusual for the area and has alarmed police officers.

“We don’t think things are out of control by any means, but we are constantly taking note of where we are to make sure we don’t get to that out-of-control point.”

In Austin 2016 was the first year in about a decade that violent crime numbers rose. Police have concentrated on identifying crime hot spots and trying to disrupt them through fast response tactics.

Last year, we noticed the biggest spike in gun crime across the nation since 1971. Homicides rose in Fort Worth even though overall crime fell in the city.

Notwithstanding the massive increase, the overall murder rate across the United States remains about half what it was in 1991, the year a violent crime wave in the late 1980s came to a head.

If you are charged with murder in Texas you could lose your liberty or even your life. Armed robberies also carry heavy sentences. To convict a defendant of armed robbery in Texas, prosecutors have to prove beyond all reasonable doubt the defendant knowingly or recklessly caused injury while committing a theft.

Don’t forget it’s the prosecution’s job to prove your guilt. An experienced criminal defense attorney can build a powerful case against the prosecution and alert a jury to inconsistencies in the evidence that could point to your innocence.