A new law allowing DWI convictions to be sealed in some cases has been in effect in Texas for more than three months. Although it will take time to gauge the effectiveness of this law, it’s likely to mean offenders will be given opportunities they would not otherwise have been afforded.

A recent conducted by Arizona State University found that applicants with criminal histories were the least likely to be hired.

That’s hardly rocket science, but even a first DWI can prove very detrimental to your future. Texas’ new ‘Second Chance’ law was enacted in September 2017.

It’s retroactive, but those who wish to take advantage of the law must meet strict criteria. 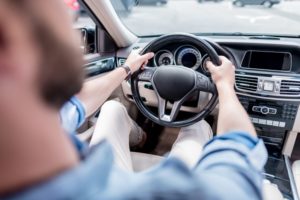 Only first-time DWI offenders with low-level, criminal histories that don’t include violent crimes can apply. For a DWI offense to be eligible for a second chance, the offender’s blood alcohol content must be at .14 or less, and the driver cannot have caused an accident or an injury.

Offenders must have completed all court requirements and orders.

The new law gives offenders an additional incentive to follow through with the terms of their court orders. Their records may be sealed even sooner if they fit an ignition interlock device on their vehicle.

“I applaud Governor Abbott for signing HB 3016, a bill that will make our roads safer and allow individuals who have paid their debt to society move past their one criminal offense and become a productive citizen.”

Drivers who use an ignition interlock device for six months and comply with the other requirements of the new law can apply for a non-disclosure. The second chance law means the DWI would be removed from their record, although police officers would still be able to find it.

A drunk driving offender in Texas who is not ordered to fit an interlock, or a driver who chooses not to install the device, must wait five years before becoming eligible to apply for non-disclosure. At present, the courts in Texas cannot consider a previous DWI that occurred more than five years ago when sentencing intoxicated drivers.

A report on ABC News noted the Harris County D.A.’s office looks at each request for sealing a D.W.I. conviction on a case by case basis. It will challenge requests if in the public interest.

If you have been charged with a DWI in the Fort Worth area, it’s important to hire a veteran DWI defense attorney to help you. Please call us today for a free consultation about your case.