Texas’ new ‘second chance’ law for DWI offenders was recently signed by Governor Greg Abbot. However, our Fort Worth DWI defense attorneys are often asked what the change means.

The first important thing to note is the “second chance,” law is aimed at first-time DWI offenders. It provides a way for these offenders to have their DWI details sealed from public view.

That includes from potential employers or academic institutions. It’s, therefore, advantageous to take advantage of this law if possible.

Secondly, those who have consumed large amounts of alcohol before they are arrested will not benefit from the new law. It applies to first-time offenders who recorded a blood-alcohol content below 0.15.

You will also be barred from benefitting from the second chance law if you were involved in a crash or you hurt someone due to your intoxicated driving.

Defendants will also have to follow through with court orders to take advantage of the new law. 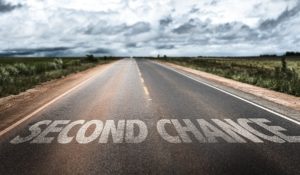 Nevertheless, the legislation represents a breakthrough as DWI offenders could not previously seal their records.

Allowing first-time DWI offenders to seal a conviction can give them a second chance at getting a job or getting on a course and getting their life back on track.

People who are convicted of a DWI often experience difficulty in securing a job because of the conviction on their record. Even a pending drunk driving conviction can take them out of the employment market.

The new law gives offenders an added incentive to follow through with the terms of their court orders. Their records could be sealed even sooner if they fit an ignition interlock device.

Bexar County has already implemented programs to help first-time offenders, so the program will bring less change to the county LaHood said.

The new law won’t wipe a defendant’s record clear of their DWI. Law enforcement officers will still be able to pull it up and it remains a felony if you get a third DWI.

At the Medlin Law Firm, we represent many clients who have been charged with DWI and are well-versed in the new laws.