Consumers are eager to enlist the help of new technology. However, many of these gadgets can infringe on our rights without us realizing it and may be used in an improper way by police.

In Minnesota, for example, a local TV station uncovered evidence that the Minnesota Department of Public Safety (DPS) was allowing thousands of ignition interlock systems to be fitted with GPS tracking capabilities.

The devices were installed in cars driven by DUI offenders, without disclosing it for years. Although interlock devices are routinely fitted for many drunk drivers and their use has been extended in Texas, GPS tracking raises fourth amendment concerns.

The majority of people who used the interlock devices in Minnesota were first-time offenders who choose to have them. There were no driving restrictions on where, or when, they drove.  DWI offenders must pass a breathalyzer test before the interlock allows them to start their vehicle. 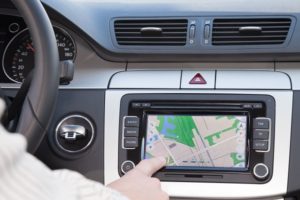 A report on ABC5 stated Minnesota Department of Public Safety is requiring all DWI offenders to use the interlocks to install new systems, at their own cost. The new systems come equipped with wireless modems with GPS tracking capabilities. This would allow every move in the vehicles with interlock devices to be tracked and stored digitally.

If the authorities track an individual’s movements without their knowledge or consent, it may be a violation of the constitutional right to be free from unreasonable searches and seizures.

The Fourth Amendment usually comes into play in relation to searches. It says citizens have the right “to be secure in their persons, houses, papers, and effects…”

The GPS tracking in Minnesota raises questions about our rights to privacy in our own vehicles.

And what about the routes drivers take?

If a driver with an ignition interlock device that is linked to a tracking device regularly drives into a high crime area, do the police have probable cause to follow him just because he’s driving into an area known for drug dealing?

The U.S. Supreme Court considered GPS tracking in the Fourth Amendment context in the case of Jones v. U.S.

The justices considered whether a drug possession arrest was lawful after police attached a tracker to Jones’s Jeep without obtaining judicial approval and used it to follow him for a month.

The justices concluded the use of GPS tracking technology is unconstitutional except in limited circumstances.

One Minnesota congressman questioned the legality of the tracking and requested hearings on the issue unless the agency stopped the practice.

If you believe your Fourth Amendment rights have been compromised in Tarrant County or elsewhere in Texas, you should call a defense attorney.