When a Traffic Stop Violates Your Fourth Amendment Rights

There mere fact you are stopped by a police officer, does not make a traffic stop legitimate. Our experienced Fort Worth DWI lawyer sees many instances when a driver is given a breath test when the stop itself was not lawful and may be in violation of your Fourth Amendment rights.08

You may not think about this if you have been stopped and asked to take a test. It’s a very stressful experience and you may not be aware of your rights. 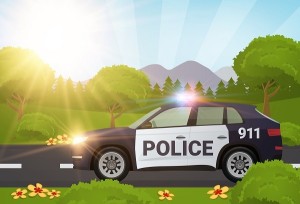 However, before a police officer or a state trooper stops you, he or she must have reasonable suspicion that the stop itself will result in an arrest or a citation.

Therefore, speeding, illegal lane changes, texting at the wheel, erratic and dangerous driving, or a defective brake light or tire, is grounds for a traffic stop. An officer is not within his right to make a random stop.

In order to search a vehicle or its occupants, police must have probable cause. That’s a higher standard than reasonable suspicion.

You are guaranteed the right not to be subjected to unreasonable searches under the Fourth Amendment. It states:

“The right of the people to be secure in their persons, houses, papers, and effects, against unreasonable searches and seizures, shall not be violated, and no warrants shall issue, but upon probable cause, supported by oath or affirmation, and particularly describing the place to be searched, and the persons or things to be seized.”

The issue of the nature of a reasonable suspicion has been mulled over in the courts. The case of Vasquez v. Lewis from Kansas considered whether police in a state that makes the use of marijuana a crime are justified in searching a car from a state where it’s legal on the mere basis of license plates.

The district court found that no violation occurred. However, an appeal court found the actions of the officers infringed on the Fourth Amendment rights of the defendants. There mere fact you live in a state that allows marijuana use – in this case Colorado – is not grounds for a drug search.

At the Medlin Law Firm, we follow a series of DWI strategies. Here are some questions you can ask about your traffic stop that help determine whether it was lawful.

If there are question marks about any of these issues, you may have valid grounds for a DWI defense. If you have been charged with intoxicated driving, call us at (682) 204-4066.