Juries don’t always reach unanimous verdicts. In a recent case in Texas, a defendant accepted a plea deal and was sentenced to 23 years in prison after a jury was deadlocked.

The jury of six men and six women struggled to reach a verdict in the murder trial of Johns. He was charged with attacking Lapaso with a knife during an altercation by the roadside in 2016.

In exchange for his guilty plea, Johns was sentenced to 23 years in prison. He made his plea just 20 minutes after jurors informed the court they were deadlocked.

The jury had previously deliberated for about 10 hours over two days. 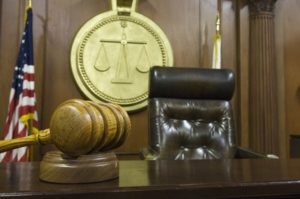 Typically, when a jury cannot reach a unanimous decision, the judge declares a mistrial.

In the case of Johns, the jury sent a note to the court saying its members were deadlocked. State District Judge Clifford Brown then read out the Allen charge, which warns jury members that if they cannot come to an agreement he will send them home and declare a mistrial.

Earlier in 2017, the high-profile celebrity trial of comedian Bill Cosby was declared a mistrial.

A jury in Pennsylvania failed to reach a unanimous verdict on any of three counts of aggravated indecent assault Cosby allegedly committed against Andrea Constand. The mistrial followed 52 hours of deliberation over five days in June.

A mistrial does not equate to acquittal although in some cases the prosecutor may drop the charges.

It means the jury was unable to reach a unanimous verdict as required by law. In other words, the Montgomery County District Attorney failed to prove the case against Cosby beyond all reasonable doubt to at least one juror.

Typically, murder charges carry life sentences in Texas and the state executes more murderers than any other.

The Medlin Law Firm can help you in defending your innocence following murder charges. These are extremely serious charges.