The recent sexual assault trial of actor and comedian Bill Cosby was the latest in a series of high-profile celebrity criminal trials.

In the Cosby case, a judge in Pennsylvania declared a mistrial after a jury failed to reach a unanimous verdict on any of three counts of aggravated indecent assault against accuser Andrea Constand. The mistrial followed 52 hours of deliberation over five days in June.

The mistrial does not mean Cosby was acquitted. It means a jury could not reach a unanimous verdict required by law. In other words, the Montgomery County District Attorney failed to prove the case against the comedian beyond all reasonable doubt to at least one juror. 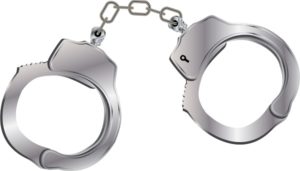 The dramatic development left many commentators asking what’s next. A second trial is likely in the case, according to the Washington Post.

Celebrity trials are seldom straightforward and both the defendant and the witness come under the kind of media pressure not seen in routine criminal matters in Texas.

Here are some other celebrities who were accused of crimes.

Former professional football player and actor O.J. Simpson was accused of the double murder of his ex-wife, Nicole Brown Simpson and her friend, Ron Goldman. He was acquitted in a contentious criminal trial in 1995.

However, in a separate civil trial, Simpson was found responsible for both of the deaths.

In 2008, Simpson he was charged and later convicted of armed robbery and kidnapping, after attacking and holding two sports memorabilia dealers at gunpoint in a Las Vegas hotel room. He was jailed for 33 years but may be eligible for parole this year.

Popular actor Mark Wahlberg was charged with crimes when he was a young man growing up in Boston.

He committed two crimes before his 17th birthday, Wahlberg was tried as an adult, and charged with attempted murder after attacking a Vietnamese man with a stick and racially abusing him, The Daily Beast reported.

Wahlberg pleaded guilty to assault. He received a two-year prison sentence at Suffolk County Deer Island House of Correction. He was released after serving just 45 days.

Martha Stewart, the TV home decorator, was indicted by a federal grand jury on charges of securities fraud, obstruction of justice, and making false statements for her handling of a personal stock trade.

She served a five-month term in a federal correctional facility for the white-collar crime.

Many celebrities have been convicted of drunk driving including Olympic swimmer Michael Phelps who was arrested twice for DUI. The gold medalist put his career on hold after his second DUI arrest in 2014 and undertook a program to deal with his issues, reported CBS.

Boxer Mike Tyson made a name for himself with his aggressive style in the ring. He also ran into trouble with the law outside it and has a long rap sheet, reports CBC Sports.

His convictions include rape and assault. His first arrest took place when he was 12 when he was accused of purse snatching.

Actress Lindsay Lohan has a long history of getting in trouble with the law and has been charged with drunk driving and theft. Her ongoing struggle with drugs and alcohol led to 20 court appearances.

She was found to be in violation of her probation four times and was sentenced to six months in jail.

You don’t need to be a celebrity for the prosecutors and courts to seek to make you an example. At The Medlin Law Firm, we defend a wide range of crimes. Please call us for a free consultation today.