It’s a high profile and uncompromising stance. But statistics suggest it failed to lead to more convictions in 2017.

A report on CBS noted drug prosecutions actually fell in the first five months of the Trump presidency.

The report stated that from February 2017 through June, just 8,814 drug offenses were federally prosecuted. The figure is 9 percent down on the 9,687 drug cases prosecuted over the same period in 2016, according to a report from Syracuse University’s Transactional Access Records Clearinghouse (TRAC).

Despite the tough rhetoric from Sessions, over the summer of 2017 the number of drug prosecutions fell. 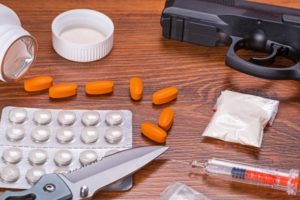 The CBS report stated in June 2017 there were only 1,578 new prosecutions for drug crimes, a fall of 16.1 percent from May, according to TRAC. The data was obtained through a Freedom of Information Act request from the Executive Office for United States Attorneys.

The report noted the first five months of the Trump administration along with the final seven of the Obama administration, saw fewer prosecutions than any similar time-frame in the last quarter century.

In May, Sessions directed federal prosecutors to bring the most serious charges possible against suspects.  He said:

“If you are a drug trafficker, we will not look the other way, we will not be willfully blind to your misconduct.”

Texas has strict drug laws. During the Obama administration the punishment for possession of marijuana eased up, we noted on our website.

However, Sessions has indicated he wants to get tougher with marijuana offenses. Possession of marijuana can be a felony or a misdemeanor, depending on the amount you possess.

If you have been charged with a drug crime, please call our Fort Worth criminal defense lawyers today Every year we help many defendants who are charged with serious drug offenses.