A resumption of America’s so called ‘drug war’ under Attorney General Jeff Sessions threatens to punish casual users as well as criminals, according to critics.

Recently The Daily Beast noted how President Barack Obama and his Attorney General Eric Holder never ended the drug war but they tried to slow it down and concentrate on the worst offenders.

However, that has been reversed under Sessions. The new attorney general has ordered federal prosecutors to again apply mandatory minimum sentences. These would impact low-level, non-violent drug offenders.

Sessions attempted to take his opposition to marijuana use to states that permit it. He said using marijuana is against federal law and that’s applicable to states that have repealed their own anti-marijuana laws. He said:

“I’m not in favor of legalization of marijuana. I think it’s a more dangerous drug than a lot of people realize.”

Sessions’ war on marijuana appears to extend as far as medical marijuana.

He has argued that because marijuana remains an illegal substance under the Controlled Substances Act, U.S. representatives should disregard longstanding protections against the prosecution of medical cannabis. 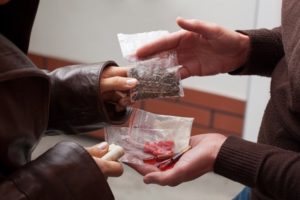 As many as 20 million people are casual drug users, according to the most recent National Household Survey on Drug Abuse. Most of them use marijuana.

In contrast, there are about 7.7 million drug abusers, according to the Daily Beast article.

The Observer noted Sessions’ policies threatened to undo “significant progress” made by the opponents of the drug war recent years.

Ever since Colorado voters made the state the first to legalize recreational cannabis in 2013, eight other states have voted to make marijuana legal. In total, 21 states allow medicinal cannabis, meaning 60 percent of Americans live in a jurisdiction that has legalized marijuana in some form.

Former President Barack Obama commuted the sentences of more than 1,000 non-violent drug offenders – more than any other president.

On our website, we note possession of marijuana, felony, and misdemeanor is one of the most common drug offenses in Texas. If you have been charged with a drug offense, it’s important to seek the help of a Texas criminal defense lawyer as soon as possible.