A simple assault cconviction can cause difficulties further down the road. An example is the right to gun ownership. Although guaranteed by the Constitution, the right to own a gun may be taken away when a person has been convicted of assault.

What then is simple assault in Texas, and how does it affect gun ownership in Texas?

As per the Texas Penal Code, simple assault is intentionally, recklessly, or knowingly causing/threatening to harm someone else. It also involves invading a person’s space, such as initiating provocative contact, such as poking someone or intentionally brushing up on someone during a heated argument.

For an offense to be regarded as simple assault in Texas, it should involve offensive contact or threats of physical injury. Such offenses are treated as Class C misdemeanors which attract a fine up to $500.

However, if the offensive contact or threats of injury are directed to certain persons i.e., sports officials or athletes in a sporting event, such an offense is enhanced to a Class B misdemeanor attracting a higher fine (up to $2,000) and a jail term (up to 6 months). Simple assault can also result in bodily harm. In such a case, it is enhanced to a Class B with a fine not exceeding $4,000 and a sentence up to 1 year. 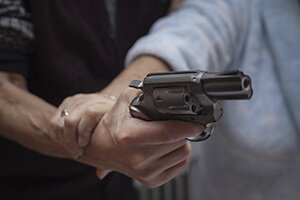 Simple assault can also be enhanced to felony charges that attract a fine not exceeding $10,000 and up to a decade in jail. This applies to simple assault involving a certain category of victims such as pregnant persons, public servants, law enforcement officers, emergency services personnel, government employee, or contractors in a rehab or correctional facility. Simple assault against a court judge or police office can attract a longer jail term (up to 20 years).

Domestic violence can also qualify as a simple assault offense in Texas if it involves threats of harming, provoking, or offensive contact. In a nutshell, there are many offenses and scenarios that can qualify as simple assault. If such offenses result in a conviction, they will affect the perpetrator’s gun ownership rights.

You can have your right to own a gun revoked for five years if you are convicted of a simple assault charge. Individuals guilty of simple assault due to domestic violence are banned from owning a firearm for 5 years after being released from jail or after completing community service.

As per Texas law, the family includes foster parents, foster children, ex-spouses, persons related to you by blood, and members residing in the same household. Individuals guilty of domestic abuse-related orders can’t possess firearms. Such orders protect the family and household members, current spouses/partners, and victims of sexual assault, trafficking, and stalking.

The effectiveness of a firearm ban for such persons is covered under the Penal Code: Chapter 46. You must be given a notice that prohibits you from possessing a firearm/s for the ban to be effective. Protective orders should also communicate the unlawfulness of a recipient in owning a firearm and/or ammunition.

In many cases, Texas courts suspend concealed-carry weapon licenses for persons subject to protective orders. However, it can be possible to buy a gun in some gun show or if you fit a certain group. Texas laws don’t require background checks in private gun sales involving certain persons or in certain gun shows.

However, domestic violence convictions criminalize possessing a gun for five years regardless of how the gun is obtained.

You can get gun rights restored in Texas by filling out a special application – Restoration of Firearms Rights. The application should be filled alongside a Governor’s pardon application and mailed to the Board of Pardons & Paroles.

The board is charged with considering restoration of a person’s rights to possess, receive, bear and transport a firearm. There must be proof of clearance i.e., a previously granted request or full pardon from the relevant jurisdiction. Proof of application as per Title 18: 925(C) should also be given alongside responses by the attorney general, including final actions if any.

Full pardons can restore a person’s right to hold office, vote, or serve in a jury. However, the right to have a firearm isn’t automatically restored. What’s more, they don’t expunge criminal records.

If you are charged for having a firearm or armor unlawfully in Texas, there are defenses you can use to fight such charges. As seen above, it’s possible to restore your gun ownership rights through an application.

If you are caught for whatever reason i.e., simple assault, and found to be illegally possessing a gun, your lawyer can use certain defenses to justify unlawful possession.

The circumstances of the arrest matter. For instance, was the firearm hidden or in plain sight? It also matters if you were found with a firearm despite being prohibited from having one. Other notable scenarios include if the gun was stored where other people had access. These scenarios are used to determine if the possession is lawful or not.

Seasoned lawyers can offer an acceptable answer to unlawful possession. For instance, they can argue that you were going hunting, or the firearm was for self-defense-related reasons. However, if the arrest was made while the firearm was in use in a threatening manner or meant to commit a crime, such a defense may not stand. 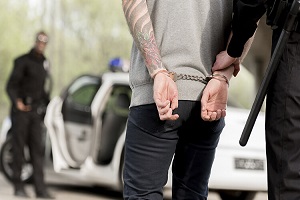 Generally, the facts of a case determine the defense that should be used to challenge a gun charge. There is usually a strong emphasis on charging persons who unlawfully possess firearms. Prosecutors in Texas and many other states don’t risk allowing prohibited persons to possess firearms regardless of their convictions.

If you’ve been convicted and served a sentence before, the DA can seek a harsh sentence for unlawfully possessing a firearm. The importance of hiring seasoned attorneys can’t be overlooked.

A simple assault conviction is likely to take your gun ownership rights away for five years. If the simple assault charges are enhanced, you may be banned completely from owning a gun. This is besides the other consequences you are bound to face, like fines and jail time.

Seasoned criminal defense attorneys like those at The Medlin Law Firm work to ensure your gun ownership rights are protected.

Gun ownership in Texas and other states is a right protected by federal law. However, state laws are also applied. You have gun ownership rights unless you are convicted of certain crimes. A simple assault may earn you a temporary ban from owning a gun. However, you must be arrested, charged, and found guilty in court for a conviction to infringe on your gun ownership rights.

A simple assault charge such as a domestic violence case shouldn’t rob you of the ability to own a gun forever. However, if a judge believes the victim’s safety is at risk, your gun can be temporarily taken away from you. The importance of hiring a seasoned criminal defense lawyer can’t be overemphasized immediately after you are arrested for simple assault.

A conviction is avoidable if you deal with a seasoned attorney. What’s more, you can safeguard your right to own a firearm. Avoiding a conviction is one of the best ways of enjoying fully restored gun ownership rights. Seasoned criminal defense attorneys in Texas, such as The Medlin Law Firm, understand gun ownership matters in Texas and the defenses they can use in different situations.

FAQs About Gun Ownership In Texas

Do I Need A Permit To Carry A Gun In Texas?

No. As of 1st September 2021, you don’t require an LTC (license to carry). Handguns can be carried in public places in Texas without a license (LTC), provided the individual carrying qualifies to do so as per the law.

What Stops Me From Owning A Firearm In Texas?

If you’ve been convicted before of a misdemeanor, felony or have a court order related to a severe mental illness or domestic violence, you can’t own a firearm in Texas.

Will I Be Banned From Owning A Firearm Because Of A Simple Assault Conviction?

No. Generally, simple assault convictions (treated as Class A misdemeanor convictions) lead to a 5-year ban.