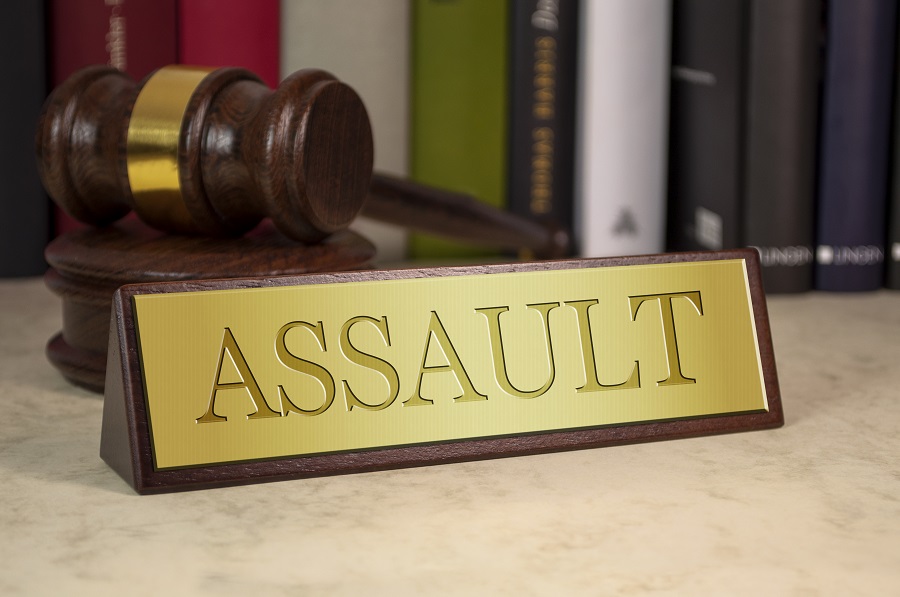 Dallas Assault Defense Attorney – Assault & Why You Need One

Assault can come in various forms, and if accused, one must consult with a Dallas assault defense attorney for representation. More often than not, the first thing that comes to mind is to shove or hit that person. While this may seem like the easiest and most satisfying way to release your frustrations, it is also considered a form of assault under Texas law. Read on to find out the different types of assault, what to do when facing an assault charge, and why you need an attorney for your defense.

An individual can be accused of committing assault for several different reasons. Charges to this offense are often serious and can lead to harsh punishments. As provided by the law, an assault falls under Texas Penal Code Chapter 22. This statute defines assault as any threat of imminent bodily injury or offensive physical contact made with the intent to cause fear in another person. Texas statute also classifies assault into the following categories:

Texas defines simple assault as an intentional, reckless, or negligent act that causes bodily injury to another person. Texas also includes using words or other means that cause a victim to fear imminent physical harm as grounds for simple assault charges. Examples of simple assault include:

Texas courts will elevate a simple assault into a felony if the victims belong to the following parties:

Elevated simple assault charges to a third-degree felony carry a fine of up to $10,000 and between 2 and 10 years in prison. 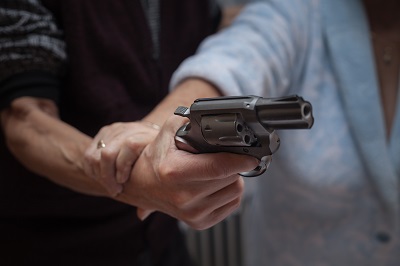 The Texas Penal Code defines aggravated assault as committing an act of physical harm against another person while either using or displaying any deadly weapon. The courts can charge a person with aggravated assault if they simultaneously commit aggravated assault and theft, such as threatening someone to give them their possessions. Examples of aggravated assault include pointing a gun at someone, shooting someone with a firearm, stabbing somebody with a knife, and using other weapons that could cause fatal injuries, including cars, broken bottles, baseball bats, etc.

The Texas legislature has enacted a special law to provide a clear legal distinction between a simple assault and aggravated assault which: (1) involves using a deadly weapon during the assault or any assault; and/or (2) where the victim suffers serious bodily injury. The same law classifies aggravated assault as an act of physical harm with the intent to injure or kill another person. The difference between aggravated assault and other types of assault is that this offense carries a more serious charge as it usually results in permanent, severe injuries, or even death. Aggravated assault involves the use of common weapons like firearms, knives, baseball bats, rocks, broken bottles, or cars.

Texas classifies aggravated assault as a Class C misdemeanor to a first-degree felony. The penalties for aggravated assault will depend on how severe the offense is and the relationship between the victim and assailant. If the victim did not sustain serious injuries, the court might charge the offender with a Class A misdemeanor and a penalty of 1 year in jail and a fine of $4,000.

If the victim suffers serious bodily injury or if the offender uses or displays a deadly weapon during the commission of the crime, the court may charge the offender with a third-degree felony. This offense is punishable by 2 to 10 years in prison and a fine of up to $10,000.

If the victim dies due to aggravated assault, the charge would be classified as a first-degree felony and can carry a prison sentence between 5 to 99 years or life in prison. The offender would also have to pay up to $10,000. 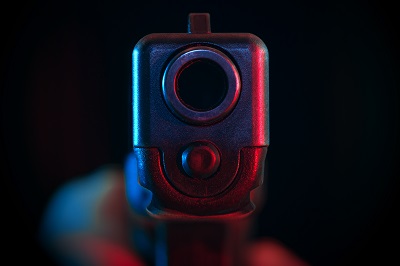 Intentional Or Reckless Bodily Injury To A Child, Elderly Person, Or Disabled Person

In Texas, assault becomes a felony if there is intentional or recklessly causing bodily injury to a child, older adult, or disabled person. In addition, this law also covers people who operate boarding homes, and the list of disabilities covered now covers people with mental illness. This offense is punishable by 180 days to 2 years in jail and a fine of up to $10,000.

The courts can enhance the penalties for aggravated assault if the offender has a history of hurting the same victim or another child, older adult, or disabled person. The repeat offender will face third-degree felony and be penalized with 2 to 10 years jail time and a fine of up to $10,000.

Assault On A Public Servant

This offense is punishable by 2 to 10 years in prison and a fine of up to $10,000. If the offender has a history of committing the same assault on public servants, the charge elevates into second-degree felony. This charge carries up to 20 years of jail time. When you are dealing with a charge that carries the possibility of prison time, this is not to be taken lightly.

Texas classifies assault between family members or members of the same household under family violence. This offense can range from a misdemeanor to a felony depending on the circumstances of the case. If the victim is slightly injured, the courts will charge the offender with a Class A misdemeanor, punishable by one year jail time and $4,000 fine.

These are just some examples of aggravated assault charges in Texas. If you face assault charges, it is essential to contact an experienced assault defense attorney in Dallas right away for help.

If you are facing assault charges, you and your Dallas assault defense attorney can develop the following defense strategies: 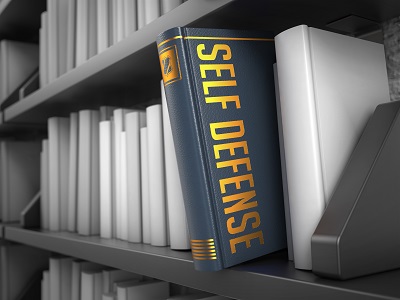 Self-defense – You may be able to claim self-defense if you use force against another person to protect yourself from harm. For example, if you were attacked first and used reasonable force to defend yourself, this could be considered a valid defense that your Dallas assault defense attorney can use.

Insanity/diminished capacity – You may also be able to claim insanity or diminished capacity if you had a mental illness that affected your ability to understand your actions at the time of the assault. This defense is usually only successful if supported by expert medical testimony or evidence of past mental health issues.It is essential that your Dallas assault defense attorney has contacts with medical experts who may help your case.

False accusations – In some cases, an individual may make false accusations against another person out of anger or revenge. If there is no physical evidence to support the charges, it may be possible to raise this as a defense successfully. However, it will depend on the specific details of your case and the context in which the assault took place.

Defense of others – Similarly, you may be able to claim that you acted in defense of another person if they were being assaulted or threatened with imminent harm. It is your responsibility to develop enough evidence to make this defense valid.

Defense of property – In some cases, you may be able to claim property protection if you used force against another person to prevent them from trespassing or damaging your property. Generally, this defense is more successful when the use of force is limited and reasonable.

The use of force must be reasonably necessary to protect yourself or another person from harm. It cannot be excessive or unwarranted. If a person accuses you of an assault, an experienced assault defense attorney in Dallas can help you determine whether these defenses might apply to your case and work with you to build a solid legal strategy. 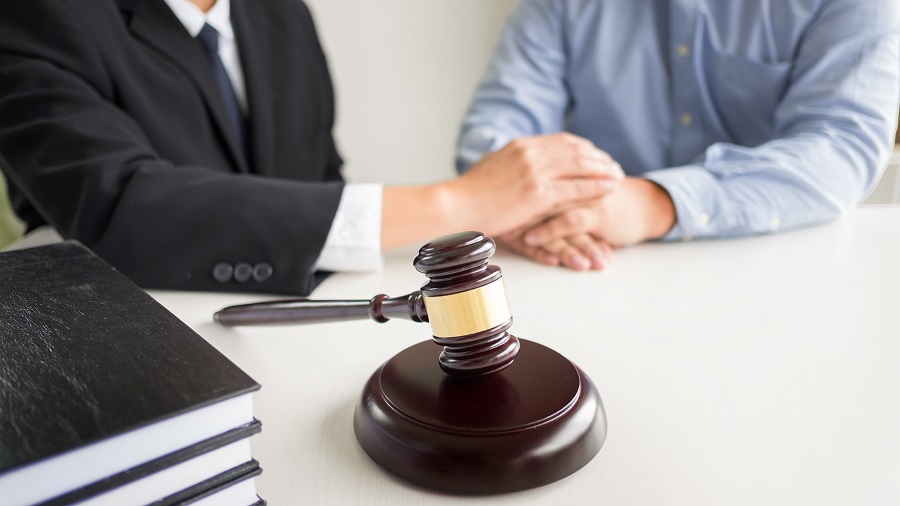 If you are facing an assault charge, it is essential to contact an experienced criminal defense attorney as soon as possible. The consequences of a conviction can be severe, and you will need someone on your side who knows the law and can help you navigate the criminal justice system. An assault defense attorney in Dallas can also help you understand your rights and options and work with you to build a strong defense against the charges.

Don’t wait to get started on your defense. Contact The Medlin Law Firm today to schedule a consultation with their Dallas assault defense attorney. They will review your case and help you understand your legal options to make the best decisions for your future.