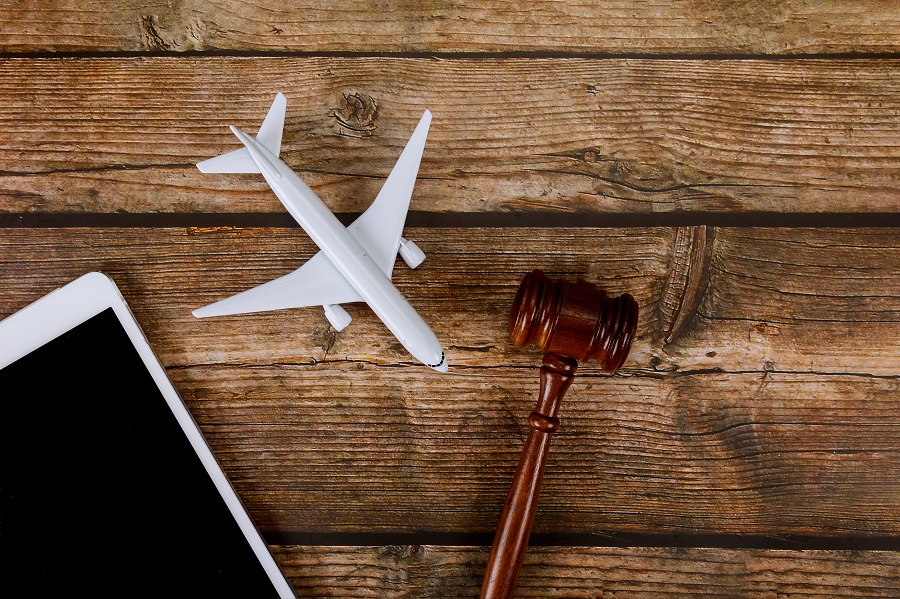 If you’re traveling through Texas airport and allegedly committed a crime, you must immediately seek advice from an experienced airport criminal lawyer in Dallas. Take note, one of the few places where utmost care with your words and actions must be strictly observed is the airport. What you say, do, or carry inside those luggages can get you into real trouble, even if you didn’t mean any harm. Need to know more? Here are a few examples of airport crimes that hold grave penalties.

Possession Of A Weapon

You may think you’re not breaking any laws because you’re carrying a knife or gun in your checked baggage. However, that’s not the case. It’s illegal to try and bring a weapon through an airport. If you’re caught with a gun in your bag, airport authorities will confiscate your item and you will face criminal charges. Penalties for possession of an undeclared weapon can range from fines to incarceration. Unauthorized possession of firearms in an airport is included in Section 46.03 of the Texas Penal Code, which states:

“A person commits an offense if the person intentionally or knowingly possesses or goes with a firearm, illegal knife, club, or prohibited weapon listed in Subsection (a) of this section in a secured area of an airport.

(b) It is a defense to prosecution under this section that the person possessed the firearm, illegal knife, club, or prohibited weapon listed in Subsection (a) of this section while:

If you’re caught with a weapon at an airport in Dallas, and it’s your first offense, you may be able to get off with a Class C misdemeanor. However, if you have prior convictions or the weapon is considered a deadly weapon, you will face much harsher penalties, including up to 10 years in prison. 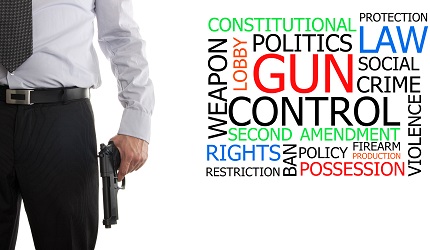 Carrying A Weapon With A License To Carry

Another common crime committed in airports is carrying a weapon with a license to carry. Many people don’t realize that they can’t bring their concealed weapons into the terminal, even if they have been granted proper permits. It is illegal for most travelers to carry a firearm through airport security checkpoints. As for law enforcement officers, except for on-duty personnel, they are required to leave their guns at the security checkpoint.

In addition, carrying a concealed weapon in the traveler’s property where one may easily retrieve it onboard the plane, may result in a felony charge. If you plan on taking your weapon with a license to carry, make sure you leave it in your vehicle before going through the airport security check. However, if you get caught bringing your gun into the terminal, you will face criminal charges and penalties. Furthermore, you could receive hefty fines and potential incarceration.

Airports observe stringent protocols, especially when it comes to possession of weapons, to ensure the safety and wellbeing of travelers. Under the Texas Penal Code, the following individuals are exempt from the rule on carrying a weapon in airports:

Generally speaking, one must orally declare, or state in writing, that the rules are complied with when checking in at the airline’s ticket counter. If you have the proper documentation and permits, you can carry your weapon inside an airport. However, it’s important to note that you are still compelled to go through the whole security screening process and declare your weapon to the Transportation Security Administration (“TSA”). You will face severe penalties if authorities catch you trying to carry your gun into the terminal without proper documentation. Remember, airport regulations are strict. Thus, compliance with these rules will prevent the traveler from violating federal and state laws as these legislations carry harsh penalties.

Are You Allowed To Fly A Weapon You Bought From Another Country?

With so many people traveling through Dallas each year, it is no surprise that crimes take place at the airport. You might wonder if it’s legal to fly with a weapon you purchased in another country. In that case, it is important to keep the Texas law in mind. As mentioned, the only exception when taking a weapon with you in the terminal is if you have a permit to carry concealed weapons. Otherwise, you will be charged with unlawful carrying of firearms and need to make arrangements for proper documentation.

The penalties for illegal transport of weapons can be significant given the laws inTexas. So, it is very essential to understand the laws before flying out of an airport in Dallas to avoid these circumstances. If you are caught with a gun inside Texas airports, facing criminal charges would possibly take place and you will likely deal with its corresponding penalties. 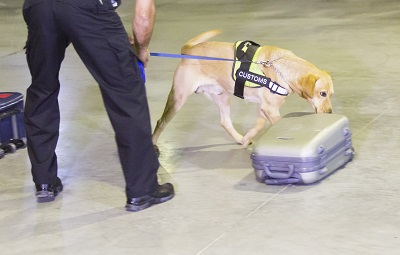 Trying to bring illegal drugs into an airport is a serious offense. The TSA has a zero-tolerance policy for drugs, and they will report any violations to the local police. If you’re caught with drugs at the airport, you will be arrested and charged with possession of a controlled substance. Depending on the type and amount of drug, you could be facing felony charges. Even if the drugs are for personal use, you will still be arrested and charged with a crime.

Medical marijuana, is allowed in airports as long as a valid medical marijuana card and proper documentation is presented. However, be aware that federal law still prohibits possession of marijuana, so there is a risk of being caught by TSA agents. If you need to bring controlled substances into an airport, make sure they are adequately packaged and labeled and that you have the proper documentation. If you are ever unsure whether an item is allowed, it’s always best to err on the side of caution and leave it at home. Otherwise, you could face serious legal consequences and penalties for trying to bring drugs into an airport.

One of the most serious airport crimes committed is making a bomb threat. This type of crime can have devastating consequences to the airport and are always taken seriously, so it’s heavily punished by law enforcement. Since the 9/11 attack, there is an increased security and enforcement at all airports that have led to greater scrutiny by officials. Such offense is not only tolerated at airports in Texas or in the U.S., but also around the globe.

If you cause a disturbance on a plane or at the airport, you could be facing charges of disorderly conduct. This type of offense can result in a misdemeanor charge, and you could be fined or jailed for up to six months. Offenders convicted of disruptive behavior are subject to harsh penalties. The airline also has the option to file a Federal Aviation Administration (“FAA”) report about the disruptive incident. Given the offense, the passenger may be subject to both criminal and civil liabilities if federal prosecutors pursue charges against him or her.

Thus, in an effort to promote safe and responsible passenger behavior and conduct awareness to the zero tolerance policy, the FAA took initiatives to disseminate means to control disruptive behaviors in flights. If you are found guilty for the said offense, you may also be placed on the TSA’s no-fly list, which means you will not be allowed to board a plane in the future.

Another offense considered as an airport crime is solicitation. Texas laws define solicitation as asking for something to receive as a gift or in return for a service. This type of crime is typically charged as a misdemeanor offense in airports. However, if the solicitation is for sexual favors, it can be charged as a felony. The penalties for soliciting as part of airport crimes can include fines and 180 days in jail. 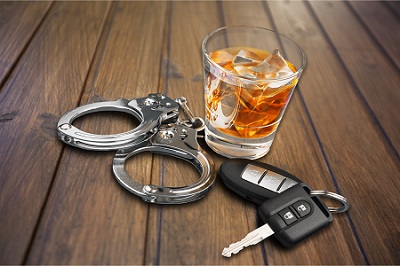 Driving Under The Influence

Airport crimes are not only confined to areas inside the airport. In some instances, you can also be charged with DUI if you’re caught driving to or from the airport while under the influence. DUI is a severe offense, and penalties include fines, license suspension, and even prison time. If you are convicted of DUI at an airport, your actions can have significant repercussions for everyone involved in that airport.

Not Wearing A Medical Face Mask

Due to the COVID-19 pandemic, new laws have been enacted to protect the public from spreading the disease and mitigate it further. One of these new regulations requires that individuals must wear medical masks at all times in public areas, including airports. Failure to do so is a ground for misdemeanor and can lead to fines or possible imprisonment. So if you’re traveling through an airport in Dallas, be sure to wear your mask on to avoid any legal repercussions.

The punishments you face for airport crimes will depend on the severity of the offense and whether you have any prior criminal convictions. For example, possession of a controlled substance is typically charged as a felony, which means you could be facing up to ten years in prison and a $10,000 fine. On the other hand, carrying a weapon into the airport will likely result in misdemeanor charges and fines of up to $4,000. Other potential penalties for these airport crimes include license suspension or revocation, community service, probation, and jail time.

Several serious airport crimes can be committed, including unlawful carrying of firearms, possession of controlled substances, making a bomb threat, and more. If you are traveling through an airport in Dallas and want to avoid legal consequences, it’s essential to know and abide by the laws. Whether you’re bringing drugs into the airport or making a fake bomb threat, it’s crucial to be aware of the potential consequences and take precautions to avoid breaking the law. An airport crimes lawyer in Dallas can help explain these issues.

How Does A Dallas Airport Criminal Lawyer Help?

It is essential to contact a criminal lawyer immediately if you have been charged with an airport crime in Dallas. An experienced attorney for airport crimes can help you navigate the legal procedures and fight for the best possible outcome in your case. No matter what type of charge you’re facing, it’s crucial to have an advocate on your side who knows the ins and outs of the law. Don’t go through this process alone — contact a Dallas airport crimes defense lawyer today to get started on your case.

The Medlin Law Firm is a leading legal team focusing on defending individuals charged with criminal offenses like airport crimes. They are committed to providing the highest quality representation to their clients. The team has years of experience and a proven track record of success. Whether you’re facing minor charges or severe penalties, The Medlin Law Firm is here to help you as a dallas airport criminal lawyer for your case. Contact them today for more information or to schedule a consultation.