Miranda warnings are 50 years old this year. But the fact officers tell people anything they say may be used against them has not stopped people making false confessions.

Some of the reasons for this phenomenon were explored in a recent article in Newsweek.

Miranda Warnings were named after the case of Miranda v. Arizona. This important 1966 Supreme Court decision was 50 years old in June. Since that time, the words contained in the warming have become well known to most of us. 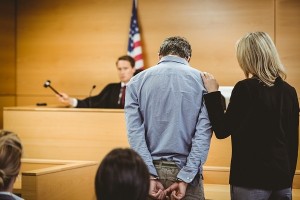 There are numerous reasons why people make false confessions

The battle to reach the landmark decision is less well known. For three decades before 1966 the Supreme Court justices wrestled with decisions to prevent police torture and false confessions.

Back in the early 20th Century, torture was routinely used by some police interrogators. It was a key issue in the Jim Crow era case of Brown v. Mississippi in 1936. Two black suspects had been tortured for days. It was notable as the first case in which the Supreme Court rule a confession from a state court prosecution was inadmissible.

False Confessions Remain an Issue in the Criminal Justice System

False confessions were rampant before the 1966 decision but they remain common in the contemporary criminal justice system.

The National Registry of Exonerations collected information on more than 1,800 exonerations from 1989 to the summer of 2016. It found 227 cases of innocent men and women who confessed to crimes they didn’t commit. About 75 percent of these confessions were in homicide cases.

An article in Wired looked at reasons why people routinely make false confessions. They include.

2 Wanting to appease an aggressive investigator;

3 Convincing themselves they are guilty of a crime.

Many investigators know people will crack. Often those accused of homicides face the toughest kinds of investigations and are more likely to confess to end the ordeal.

If you are facing police grilling over a serious crime it’s important to hire an experienced Texas criminal defense lawyer who knows all of the prosecution tricks and can give you advice on your rights. Once you have made a false confession, it’s a difficult and lengthy process to prove your innocence.