Texas has stringent laws that give homeowners rights to defend their homes. In March, a resident shot two men dead in Henderson County during what police describe as a home invasion and attempted robbery.
Botie Hillhouse, the sheriff of Henderson County south east of Dallas, said Steven Kelley, 49, from Winona, and Cecil Spain, 31, of Grand Saline posed as customers who wanted to buy a dog from a couple at their home near Athens. 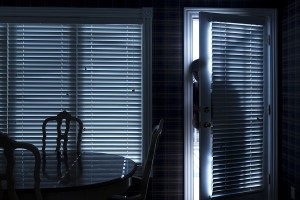 The residents of the home were reported to have retaliated, shooting the two men dead, reported KLTV.

The sheriff’s office, Henderson County District Attorney’s Office, and the Texas Rangers searched the residence while forensic evidence was gathered at the scene. There were no reports of charges.

In Texas, homeowners have rights to defend their property and property is widely defined. Homeowners have a right to use deadly force in the protection of a home, vehicle or another property if someone attempts to forcibly enter or remove property.

Under Texas Law, Penal Code §9.31, a person can use force in self-defense when:

“The actor reasonably believes the force is immediately necessary to protect the actor against the other’s use or attempted use of unlawful force.”

There are two important caveats to the so-called “Castle Doctrine” in Texas. If the person defending the property provokes another party and it escalates to violence or if the property owner is part of any criminal activity, the owner is not protected.

Under section §9.42, a property owner can deadly force to prevent criminal activity. It does not need to be a violent home invasion. If a burglar slips in through an open door and you catch him stealing your property, deadly force can legally be used. However, under the statute, a residence must be occupied.

In some cases, the Castle doctrine, or stand-your-ground defense can end up on shaky ground. Florida’s controversial stand-your-ground doctrine was discussed in relation to the fatal shooting of Trayvon Martin by George Zimmerman.

Although Zimmerman was acquitted of the 2013 killing, the case did not turn on the contentious stand-your-ground doctrine.

If you have been charged with a homicide offense in Texas, it’s vital to receive experienced criminal defense representation. Please call the Medlin Law Firm for a free consultation today.