Three Texas Students Are Accused of Kidnapping a Classmate for Sex

Kidnapping is treated as a serious felony in Texas. Recently, three students from Cypress Springs High School in Harris County were charged with kidnapping a classmate.

A report on KPRC stated an 18-year-old student told police she was kidnapped by a male student on Nov. 28. She said she was walking to a class after the lunch break when she was forced into a car. Other male students were inside, she said.

The group is accused of driving her to a home. She was propositioned for sex, the report stated. She refused the advances of the men and left. 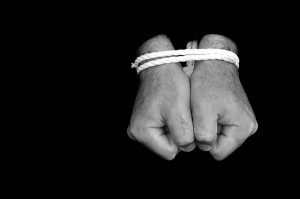 Kidnapping is a serious offense in Texas

Three Cypress Springs High School students are accused of kidnapping a classmate late last month to have sex with her, according to court documents.

Documents stated police used surveillance video to verify the teen’s claim that she was kidnapped. They identified one of the suspects as an 18-year-old.

He told police the girl agreed to have sex with another member of the group, a 17-year-old and he set up a rendezvous between the pair, documents state.

He said he got into a vehicle with a 17-year-old and another 18-year-old student.  The girl was propositioned for sex at the house. He claimed the girl was asked to leave when she refused to have sex.

A student who was interviewed by police said that he had overheard the trio talking about “flipping” the girl. Flipping is a slang term meaning to pass the girl from one partner to another for sex.

The three were each charged with aggravated kidnapping.

Nicole Ray, a spokeswoman for the Cypress-Fairbanks Independent School District, released a statement after the incident. It read:

“We are extremely concerned by the serious nature of the charges that lead to the arrest of three Cypress Springs High School students. We are cooperating fully with law enforcement in this case.”

Although kidnapping is often depicted in movies as the imprisonment of an abducted person and the demand of a ransom, there are lots of scenarios that constitute kidnapping.

In Texas, a defendant commits the crime of kidnapping if he or she intentionally or knowingly abducts another person. It need only be for a short time. One of the most common scenarios is the kidnapping of a child by one of his or her parents who is involved in a divorce.

In Texas, a defendant can be charged with the more serious crime of aggravated kidnapping if he or she has committed a kidnapping and had the intent to do one of the following things:

If you have been charged with kidnapping, it’s important to hire an experienced Fort Worth criminal defense lawyer. Call the Medlin Law Firm at (682) 204-4066.