Schools and college fraternities often make headlines for the wrong reasons. In San Antonio, 13 people have been arrested over a hazing scandal, according to media reports.

Police say the football team was the focus of the hazing scandal at La Vernia High School. Police brought sexual assault allegations going back as far as 2014.

La Vernia Police Chief Bruce Ritchey said the hazing primarily involved the football team, but the basketball and baseball teams were also involved. The defendants have been bonded out of the Wilson County Jail. 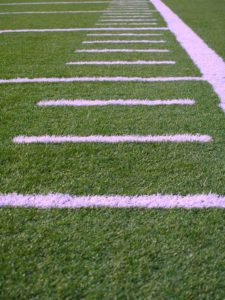 A mother of one of the alleged victims said her son was held down in a locker room at the school while a lookout watched the door for coaches.

Police named the defendants as Dustin Norman, 18, Alejandro Ibarra, 18; and Robert Olivarez Jr., 17.  The other seven accused are juveniles whose names have not been released.

An alleged victim claimed Ibarra held him down and performed a sex act with the end of a tank of carbon dioxide, a report in the Express-News stated.

A report in the publication claimed the alleged hazing was part of an initiation ritual. A federal lawsuit has been filed against La Vernia ISD as well as staff at the school including its principal, coaches and the athletic director.

The lawsuit alleges the coaches “sanctioned the sexual assault rituals. Other officials including the principal and athletic director are accused of turning a blind eye toward the abuse, even after it was reported to them. The lawsuit states:

“Indeed, the plaintiffs are but a fraction of the students who have been physically and sexually assaulted pursuant to these sadistic hazing rituals which include rape, sodomy, unlawful sexual penetration, and sexual abuse.”

At least 10 boys have come forward with sexual assault allegations against members of the football team.

The allegations come at the same time as an investigation is underway to a sexual assault scandal linked to the football team at Baylor University in Waco.

A report on “60 Minutes Sports” stated 17 female students reported a domestic assault or sexual assault charges since 2011 at the university. However, a lawsuit claims there were more than 50 alleged rapes on the campus.

If you have been charged with a sexual assault you are likely to be facing a long period of incarceration. It’s important to contact an experienced Tarrant County defense lawyer as soon as possible. Call the Medlin Law Firm today.