The History of the Miranda Warning

Most people have heard about the Miranda warning. However, its origins are not known by many outside the legal profession.

The origins of the Miranda warning go back more than 60 years to the 1966 case of Miranda v. Arizona. Before this landmark case, police interrogations were infamous and known as undergoing the ‘third degree.’

The Miranda warning was put in place to protect suspects from police intimidation. On June 13, 1966, the U.S. Supreme Court announced its decision in the case of Miranda v. Arizona.

The case represented the culmination of four cases. In all of them, a defendant admitted guilt after he was subjected to a wide variety of interrogation techniques. In all cases, the defendant was not informed of his Fifth Amendment rights during an interrogation.

On March 13, 1963, Ernesto Miranda was arrested and brought to a police station where he was questioned by police officers about a kidnapping and rape. He was interrogated for two hours. The police finally obtained a written confession from Miranda.

The confession was admitted into evidence at the trial even though the defense attorney objected and police officers admitted they did not advise Miranda of his right to have an attorney present during the interrogation. The jury convicted Miranda. The case was appealed, but the Supreme Court of Arizona affirmed the trial court hearing.

It held that Miranda’s constitutional rights were not violated pointing out he did not specifically request counsel. 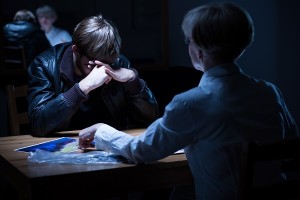 The Miranda warning has its origins in a 1966 case

The U.S. Supreme Court reversed the ruling of Arizona’s highest court. The justices said the Fifth Amendment’s protection against self-incrimination is available to suspects in all settings. The prosecution may not use statements from a custodial interrogation of a suspect unless particular procedural safeguards are in place.

The court said there is no doubt that the Fifth Amendment privilege goes beyond criminal court proceedings. It serves to protect people in all settings when their freedom of action is curtailed in any significant way from being forced to incriminate themselves.

The court said the prosecution..

“May not use statements, whether exculpatory or inculpatory, stemming from custodial interrogation of the defendant unless it demonstrates the use of procedural safeguards effective to secure the privilege against self-incrimination. By custodial interrogation, we mean questioning initiated by law enforcement officers after a person has been taken into custody or otherwise deprived of his freedom of action in any significant way.”

The justices said the defendant must be warned before questioning that he or she “has the right to remain silent, that anything he says can be used against him in a court of law.”

The person being arrested must be told that he or she has the right to an attorney, and if he cannot afford an attorney one will be appointed before any questioning if he wishes.

The Miranda rights have since become ingrained in the criminal law. Even if you have not been arrested you will be familiar with the wording from cop shows on TV.

Although defendants have been afforded greater protections for decades under the Miranda warning, it’s important to affirm your right to silence if you want to invoke it. We recently noted how not saying anything during arrest may be insufficient to invoke the right to silence.

If you have been arrested for a crime in Tarrant County, it’s important to hire a defense attorney as soon as possible..