The Five Most Common Causes of Traffic Tickets in Texas

Drivers often underestimate the seriousness of traffic tickets. Most of us have received a speeding ticket at some time in our lives. However, if you receive enough tickets, your license can be suspended. Some driving offenses carry higher penalties than others.

Five Of The Most Common Causes Of Traffic Tickets In Texas 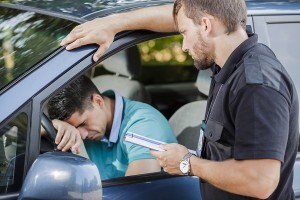 Speeding is the most common moving traffic violation in the United States. According to Statistic Brain, 112,000 speeding tickets are handed out every day in the country.

Speeding also causes more than a third of all accidents, states the National Safety Council.

Police in Texas are big on speeding enforcement. Texas has a system of surcharges for driving offenses. Although traffic fines vary by county, driving record points are standardized. If you accumulate more than 6 points, you must pay a $100 surcharge. The Texas Department of Public Safety outlines its point system.

Texas has a raft of laws restricting cell phone use. About 40 cities in the state including El Paso, Austin, Arlington, and San Antonio ban texting while driving, according to the Texas Department of Transportation.

Some areas have restrictions on hand-held phones or other electronic devices.

The enactment of the Texas Occupant Restraint Law means all the people who are riding in a car must wear a seat belt.

Children aged eight and under must be properly secured in a federally-approved restraint seat, unless the child is above four feet nine inches.

Texas cops conduct regular “click it or ticket” campaigns. They are on the lookout for people who are not wearing a seat belt or children who are not secured.

Red light running is a major cause of intersection accidents. The maximum fine for running a red light or a stop sign in Texas is $200. Many jurisdictions also have red light cameras which can hit you with fines of $75.

Driving Under The Influence

Drunk driving is taken seriously in Texas. Every year the number of deaths from drunk drivers hits four figures in the Lone Star State.

On our Fort Worth DWI attorney website, we point out the serious sanctions for DWI and DUI in Texas. This includes jail time of up to six months for a first offense.

DWI is a very common driving offense but is a lot more serious than a traffic ticket crime. Other sanctions include the loss of your driving license and a fine of up to $10,000.

We can help you if you have been charged with a traffic offense in and around Fort Worth. Call us for a free consultation at (682) 204-4066.