During a DWI arrest, people who are stopped by police can lose their cool, make mistakes and end up receiving additional charges.

On occasions, they may land themselves in trouble by verbally abusing or assaulting a police officer or obstructing justice.

In one case in Normangee in Texas, a 31-year-old woman went even further and wounded up in jail after stealing a police car during the DWI arrest. 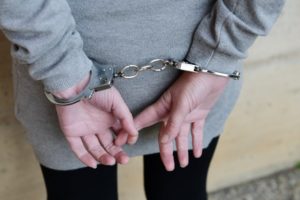 An officer handcuffed her and then placed the woman in the front of his vehicle. When he stepped out of the car, she managed to free her hands from behind her back, according to arrest reports. Police say the woman jumped into the driver’s seat of the police car and took off.

CW33 reported several shots were fired to disable the police car during a three-mile chase. Nobody was hurt, according to reports.

In addition to the DWI, the woman faces felony charges of evading arrest and unauthorized use of a vehicle.

You have certain rights during a DWI arrest in Texas. However, you don’t have the right to resist or evade the arrest.

Evading an arrest in Texas is a Class B misdemeanor punishable by up to 180 days in jail. The offense carries a potential fine of up to $2,000. A conviction for fleeing the scene may also be prosecuted as a felony.

Unauthorized use of a vehicle occurs when a person knowingly operates another’s boat, airplane, or motor-propelled vehicle without the effective consent of the owner. This offense is a state jail felony under the Texas Penal Code.

You can find out more about the DWI process on our website. While few defendants make mistakes as serious as trying to steal a cop car, there are numerous pitfalls along the way like saying too much to an office at the scene of an arrest. On our website, we also explain how it can be a major mistake to please guilty to driving while intoxicated.

If you have been charged with a DWI, call our Tarrant County criminal defense lawyers today for a free consultation today.