Texas has a long history of exonerations and wrongful convictions. People who have been wrongly convicted can face many obstacles and hurdles that make it impossible to lead a normal life.

A case in point is that of Sonia Cacy, a Fort Worth woman who was convicted of the murder of her uncle Bill Richardson in 1993. A jury decided she used an accelerant and set him on fire. The case was highlighted in Texas Monthly.

Cacy has fought the conviction for more than two decades. She was paroled in 1998, six years into a 99-year-sentence. However, the murder conviction remained on her record. As well as the stigma she was under the supervision of a parole officer.

In October, after numerous twists in the case including retrials and appeals, Texas Criminal Court of Appeals judge Bert Richardson said Cacy’s case supports “actual innocence.” The Texas Court of Criminal Appeals exonerated her in November. 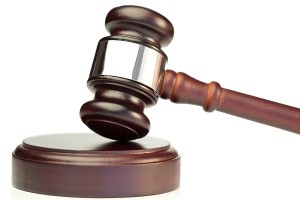 Sonia Cacy has been exonerated after a long legal fight

Major questions started to be cast on Cacy’s conviction three years after she was jailed in 1993. Her defense lawyers brought in Dr. Gerald Hurst, an Austin-based chemical expert who became skeptical about evidence related to the accelerant.

Claims of Accelerant used to Convict Sonia Cacy Were Undermined

Hurst questioned original tests by Joe Castorena of the Bexar County Forensics Lab. Castorena said he found evidence of an accelerant after the fire in Fort Stockton. Hurst said he instead found the by-products of pyrolysis – compounds formed via the burning of plastic. Pyrolysis can have similar properties to those of an accelerant.

Hurst believed the indicators were from a foam mattress that burned at the crime scene. Cacy’s uncle was a chain smoker. He was careless with dropping cigarettes, a major cause of fires.

Arson investigators ignored many cigarette burns on Richardson’s bed and sheets. They also failed to highlight the significance of an autopsy report which found no smoke in his lungs, indicating he was already dead when the fire started.

At a second hearing in 1996, a jury was unimpressed with the new arguments and re-sentenced Cacy to life in prison.

In 1998, the Board of Pardon and Paroles intervened and released Cacy.

It was not the end of her struggles as her defense team tried to clear her name. Cacy suffered from her murder conviction that was not overturned until 2016. She was broke and lived in a dilapidated motel in Fort Worth. Her murder conviction prevented her securing a well-paying job and her health suffered.

So many people who have been wrongly convicted in Texas lost valuable years of their lives either incarcerated or living with the stigma of a serious conviction.

At the Medlin Law Firm, we provide a vigorous defense for those who are charged with serious offenses like murder. You can read more here. If you have been charged with a serious crime, please call us at (682) 204-4066.