People with criminal records find it difficult to obtain or retain employment in Texas at the best of times. A serious offense on your record may render you unemployable. Even a misdemeanor like a DWI can seriously impact your future.

Recently, The Nation, noted how a major change for employees with a criminal record may be underway.

Under Title VII of the Civil Rights Act of 1964 blanket employment discrimination based on your criminal record is prohibited.

The federal government imposed this restriction because of the disproportionate amount of crimes committed by minorities in areas with low incomes. Black Americans are locked up at six times the rate of whites, according to research from the Pew Research Center. 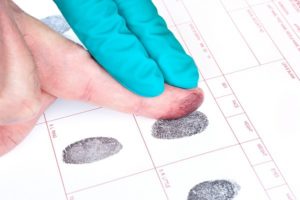 Law on criminal records and firing is challenged by Texas

The Equal Employment Opportunity Commission instructs employers in Texas and elsewhere to weigh up a series of factors when assessing an applicant with a criminal background.

Factors including the nature and gravity of the offense should be considered. The employer must look at how much time has passed since the offense, whether rehabilitation has taken place, and whether a previous criminal offense has a direct connection to the position being sought.

Texas has been working to remove these legal safeguards to make it even more difficult for people with criminal records to obtain employment.

Abbott asked a federal court to make a declaratory judgment stating it is legal for state agencies to deny employment to people with criminal records. Abbott sought to block the EEOC from issuing right-to-sue letters, a legal notification the federal agency sends out when it finds there are grounds for a discrimination claim.

Although the lawsuit was initially dismissed, the U.S. Court of Appeals for the Fifth Circuit revived in 2016 because the State of Texas was impacted by the guidance as an employer bound by Title VII.

In August 2017, the NAACP Legal Defense and Educational Fund in tandem with the National Employment Law Project and lawyers from two private firms filed a motion to intervene in the case.

The group tried to make Beverly Harrison, a Dallas crossing guard who lost her job due to a criminal record, and the Texas Conference of the NAACP new defendants.

The parties wanted to defend the EEOC guidance in court. Just weeks later, U.S. District Judge Sam Cummings denied the motion. The EEOC and Department of Justice said it would “vigorously litigate” the case.

Lawyers for the NAACP are less confident the Trump administration will defend the guidance given the track record of Attorney General Jeff Sessions.

If you have a criminal record in Texas, even the most basic of accomplishments can be an uphill task. If you have been charged with a crime, it’s important to contact our experienced Tarrant County criminal defense lawyers as soon as possible.