In 2016, police noticed a new trend in Texas which was seeing offenses involving imitation weapons increasing in the state.

A report by Associated Press noted more crimes being committed with fake weapons like BB guns, presumably because they are cheaper to obtain than real firearms and criminals believe they will receive a lighter sentence if they are caught.

They are mistaken in the second regard. If a crime victim believes a real gun is being pointed out them, it can be sufficient to warrant a first-degree felony in Texas. 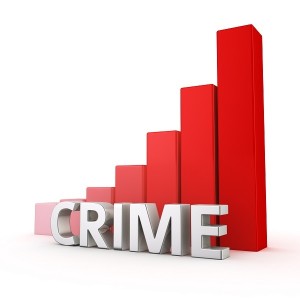 The article quoted Police Lt. Christopher Cook from Arlington who reported his officers were being told by suspects that they preferred imitation weapons that retail for as little as $25 and require no background check.

If you are accused of using an imitation firearm, you should be aware that Texas has a much tougher law in relation to replica guns than almost any other state. While New Jersey has a similar law that doesn’t draw a distinction between a real and an imitation gun, the penalty is harsher in Texas. States like California draw a distinction between the use of a fake and a real gun in the commission of a crime.

John Convery of the Texas Criminal Defense Lawyers Association told AP he hasn’t seen many cases involving defendants brandishing fake weapon. However, given the fact so many Texans are licensed to carry handguns, you are taking your life in your hands by using a fake weapon.

“If it looks like a gun and acts like a gun, the victim is going to believe it’s a gun.”

Why Brandishing an Imitation Weapon May Get You Killed.

Many replica guns can look realistic. Although federal regulators require bright markings on replicas, people who use them in crimes may want to make them look as realistic as possible.

Even police officers who have been trained to tell the difference, can make a mistake.

Earlier last year officials in Cleveland, Ohio, reached a $6 million wrongful death settlement with relatives of 12-year-old Tamir Rice who was shot dead by a police officer while playing in the street with a pellet gun. The weapon was missing the orange tip as is required by federal law.

If you have been charged with a firearms offense in Texas it’s vital to obtain experienced criminal defense representation. Call our Fort Worth firearms defense lawyer at (682) 204-4066.