The controversial anti-sanctuary cities law SB4 signed by the governor this summer has led to recriminations and opposition across Texas not to mention lawsuits. Some critics fear it could lead to more crimes being committed against Hispanics.

SB4, a law that has been held up by a federal judge, makes it a criminal offense for a police chief or sheriff to direct officers not to ask for the papers of people who are apprehended.

Latinos and law-enforcement officers fear it will lead to racial profiling.

The comments in the state legislature of State Rep. Mary Gonzalez were reported in the Las Cruces Sun-News. 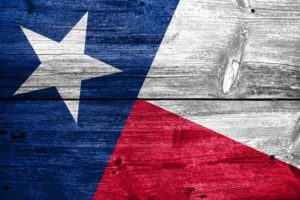 Gonzalez, a rape victim herself, told the legislature the law would discourage victims from reporting rapes and other offenses. She said it sent a message to anyone contemplating such a crime that he could get away with it.

The report suggested the reporting of rapes has already declined significantly among Latinas at a time when rapes are rising generally. Many Hispanics are concerned they will be questioned about their immigration status.

One group of offenders even reportedly told police they targeted Latinos because they are less likely to report crimes to the police.

Texas has been at ground zero of the immigration battle this year with legislation that would criminalize law enforcement and other officials for failing to implement federal immigration laws.

A group of cities and police officers in Texas opposed the law. Cities filing a lawsuit against the state including Houston, Dallas, Austin, San Antonio, and El Paso.

However, SB4 and other Draconian laws force police to take a more active role in immigration enforcement, increasing the strains in the relationship between local law enforcement and these diverse communities.

The article in the Las Cruces Sun-News pointed out little incentive now exists for undocumented witnesses to answer police questions about a serious crime like murder. Not only could it spark retaliation by the killer but it opens the door to the possible deportation of the witness.

An unwillingness of victims to come forward is bad for criminal justice and can lead to the wrong suspect being arrested for a crime.

It’s important to seek the advice of an experienced Fort Worth criminal defense attorney whatever the nature of your crime. Call the Medlin Law Firm today.