A battle over sanctuary cities has been raging with Texas. The question whether local law enforcement agencies should comply with federal immigration requests is central to the issue.

The governor said he would sign a bill that requires cities to enforce detainers for immigrants at local jails and withhold federal grants if they fail to comply. 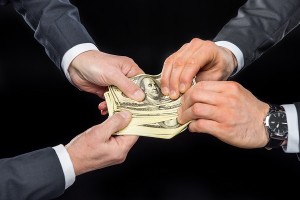 Abbott even raised the prospect of law enforcement officials such as sheriffs losing their jobs if they fail to comply with federal requests.

Under Senate Bill 4, which was backed by the Senate in February, law enforcement officials in counties, cities and on college campuses would be obliged to hold an arrested person in custody while US Customs and Immigration Enforcement (ICE) looks into their immigration status.

These detainer requests are controversial and some sheriff’s departments, including Travis County in Austin, are not complying with them.

Austin’s new sheriff Sally Hernandez said her department will limit its cooperation with ICE. If federal agents want to ask about an unauthorized immigrant in her jail, she’ll only cooperate if a detainee is arrested for murder, sexual assault or human trafficking.

She’ll also cooperate if federal agents have an arrest warrant. The Democratic sheriff has maintained her stance despite Abbott’s threats.

Hernandez said the public needs to be confident that local law enforcement officers are focused on local, public safety, rather than federal immigration enforcement.

President Donald Trump says he wants to deport any unauthorized immigrant who has been arrested for a crime, no matter how minor. The detainer is the principal tool that ICE uses to hold potential undocumented immigrants who are charged with crimes. Compliant jails are necessary to make this policy work.

It remains to be seen what crimes will lead to deportation but even if you have only committed a traffic infraction, you may not be safe if you are undocumented.

It’s important to seek the advice of an experienced Texas criminal defense attorney whatever the nature of your crime. Call the Medlin Law Firm today at (682) 204-4066.