The retreat from mass incarceration is likely to continue over the next four years, despite a new national emphasis nationally on law and order. It’s a movement that has been led by Texas.

An article in the New York Times noted the movement to reduce incarceration is one thing conservatives and liberals alike agree on.

They concur that the United States went overboard on incarceration in the 1980s and 1990s and time behind bars ruined offenders, families and communities.

Evidence is yet to show incarceration has any impact on crime prevention. The New York Times article suggested it might even increase offending rates. 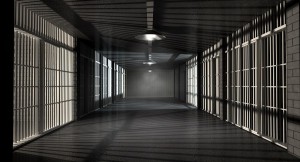 Prison brings little help to as many as four out of five inmates with drug and alcohol addiction problems or the mentally ill. It may cause further harm.

Although the Trump administration has threatened to lock up more people, federal prisons only account for one in eight prisoners. The movement in states has been away from mass incarceration for some time.

Texas embraced the idea of mass incarceration in the 1980s and 1990s under the governorships of Ann Richards, a Democrat, and George W. Bush, a Republican.

One of the leading advocates of reform is Right on Crime, a conservative group based in Austin.

The group said in 2007, Texas was faced with building another 17,000 prison beds at a time of financial hardship to meet the projected population growth. Instead, the Texas Legislature put its money into alternatives to divert low-risk, non-violent offenders into treatment programs for community supervision or substance abuse. This meant jail space could be reserved for violent or repeat offenders.

The new prison accommodation in Texas would have cost $530 million alone. That did not include running costs.

From 2007 to 2015 as the reforms kicked in, Texas reduced its prison population by 17 percent.

Despite this trend, the Lone Star State has one of the highest rates of incarceration in the county, although it jails fewer people proportionally than neighboring Louisiana and Oklahoma.

If you have been charged with a serious offense in Texas, you will need serious representation. Please call our Fort Worth criminal defense lawyer today at (682) 204-4066.