A DWI stop is always stressful. Drivers who have been drinking alcohol will be tense. Even if you have not consumed alcohol, DWI stops can be intimidating and police can use heavy-handed or unlawful techniques.

Recently a DWI stop in Texas ended in injury for an El Paso police officer who was hit by a driver as he conducted a field sobriety test.

The TV channel KVIA reported the incident occurred in December 2016 in El Paso.

Police said the officer, Andy Rodriguez, was conducting a field sobriety test on a driver involved in a crash when another alleged drunk driver hit an assisting patrol car. The car then headed toward the officer and the man being tested for drunk driving. 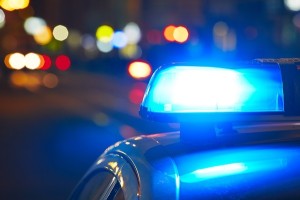 Police said Officer Rodriguez grabbed the man performing test and moved him out of harm’s way before he was struck by the patrol car.

While the officer was thrown into the air, the man who was performing the test was not injured. He was later arrested for DWI.

A 23 year-old woman caused the accidents. Court documents said she had bloodshot eyes and smelled of alcohol. The court report said she failed six out of eight times when she was asked by an officer walk in a straight line and three out of four times when asked to stand on one leg.

The woman was charged with DWI and was booked into the El Paso County Detention Facility with a $2,500 bond.

There are many inherent dangers at DWI traffic stops. There are some things you can do to make sure the process goes more smoothly but to protect your rights.

How to Conduct Yourself at a DWI Traffic Stop

At the Medlin Law Firm, we have an extensive knowledge of field sobriety tests. We are well aware of some of the potential flaws in these tests that can undermine the case against you. We have a long track record in cross-examining arresting officers to establish problems with their procedures that form a solid basis for a strong defense.

If you were charged with a DWI, it’s vital to hire an experienced Tarrant County DWI defense lawyer as soon as possible. Contact us here.