The 21-year-old senior offensive lineman, a regular in the Longhorns’ offensive line, was taken into custody in September after a single-vehicle collision, according to information contained in a probable-cause affidavit.

A report in Statesman said his Dodge Challenger attracted the attention of a Travis County constable. He saw the car stationery in the drive-through lane of a Raising Cane’s restaurant in the early hours of the morning. The constable approached the Dodge and said he found the driver asleep inside, according to the affidavit. 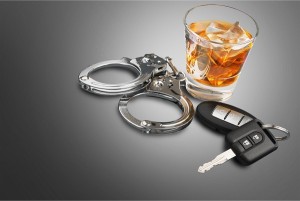 The Statesman report said he woke the driver to tell him he needed to move his car. The driver quickly drove away but the constable heard a loud crash a few seconds later.

The constable reported he discovered the car crashed in a parking lot on San Antonio Street. He called Austin police after removing the key.

The report said police showed up to find the driver was again asleep in the wrecked Dodge. He was identified as Kent Perkins. The affidavit stated the officer woke Perkins up but he fell asleep again. It mentioned a strong smell of alcohol on the player’s breath.

The senior offensive lineman from Lake Highlands was booked into the Travis County Jail and later released after posting bail, according to jail records.

Headlines about football players being charged with DWIs are hardly rare.

Earlier this year, former University of Texas quarterback Vince Young apologized on Facebook to his fans after a DWI arrest.

He said, regardless of what happened in the investigation, he did not condone drinking alcohol and driving and was sorry for his conduct. He apologized to the University of Texas and his fans.

There’s no doubt that fans and other people look up to public figures and celebrities. However, if you have been charged with a DWI, you should never post details of the case on social media. These kinds of statements can be used against you by a prosecutor.

At the Medlin Law Firm, our attorney has more than 32 years’ experienced in DWI criminal law practice.

If you have been charged with a DWI in the Fort Worth area, you should call us today for a free and confidential consultation at (682) 204-4066.