New president Donald Trump has pledged to deport undocumented immigrants with criminal records in Texas and the rest of the United States.

However, the system is complicated and the size of the task is massive in Texas. According to the Houston Chronicle, Texas has more than 6,700 undocumented immigrants with criminal records languishing in its prisons, more than any other state.

In a recent interview, Trump vowed to deport 2 or 3 million undocumented immigrants nationwide with criminal records. It’s not clear where the figure came from. 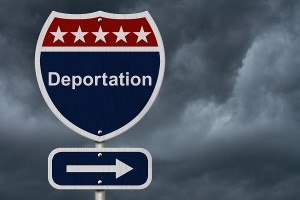 The pledge would require a massive logistical and legal operation to be carried out. Many of these immigrants are not in jail and would have to be arrested.

Under the U.S. Constitution, these immigrants would have to be afforded due process. Removal proceedings would be pursued in immigration courts which currently suffer from a lack of judges and long backlogs in workload.

The American Civil Liberties Union suggests the mass deportations would require the arrest of 15,000 people a day on immigration charges for a whole year.

Apprehensions of immigrants may entail an extension of the controversial law of stop-and-frisk.

Jeff Sessions, Trump’s pick for attorney general is known for his hard line on immigration and support of stop-and-frisk, reports NPR.

Our Fort Worth criminal defense attorney has written about unlawful police stops in the past.

A police officer can temporarily detain you and investigate your background if there’s a “reasonable suspicion” of criminal activity. This is not the same as the suspicion that you are an undocumented immigrant.

Although reasonable suspicion must be based on defined facts as opposed to a hunch, it’s a low standard of proof. Police officers can usually find a way of justifying these stops, but stops can infringe on your rights.

The Fourth Amendment protects people from unreasonable searches and seizures.

Trump’s plan to deport thousands of undocumented immigrants from Texas and elsewhere may run into another serious problem.

In the past, many countries of birth have refused to accept criminals who have been convicted of serious offenses. An article in The Daily Signal stated 23 countries are on an official ‘uncooperative” list.