The death of Sandra Bland, a black woman who was being held for a traffic infraction, in a Texas cell, has paved the way for reforms into how inmates are held in Texas.

Bland died in Waller County Jail in 2015. Her death was ruled a suicide. Bland was stopped by a DPS trooper for failing to signal a lane change. A heated argument followed and the trooper arrested her for assaulting a public servant. Three days later she was found hanged in her jail cell. 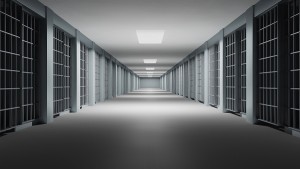 the death of Sandra Bland is sparking reforms

A Texas Tribune report in February highlighted the measures being taken to close the loopholes in the system. They include:

1 Improving police training to prevent the escalation of incidents.

The Texas House County Affairs Committee made 14 recommendations to lawmakers, including calls for them to increase police officer training for de-escalation and mental health awareness. The committee recommended back jail-to-treatment diversion programs and the elimination of consent searches during stops. These measures may prove to be the foundation for the Sandra Bland Act.

Last year, State Rep. Garnet Coleman from Houston pledged to file the bill to address a wide range of issues including poverty, race, mental health and accountability in law enforcement and corrections departments.

Sandra Bland, 28 from Illinois, was stopped in Prairie View in 2015 when she failed to signal a lane change. Brian Encinia, a former trooper with Texas Department of Public Safety, arrested her after the exchange became heated. She was charged with assaulting a public servant.

The death of Bland three days later in her cell sparked a debate about jail conditions across the country and raised many questions.

Coleman said that while it’s legal to stop someone for a traffic violation, it makes no sense for the scenario to escalate to an arrest.

He said he’s concerned that minor traffic offenses like having a tail light out or briefly crossing a yellow line can land a violator in jail under Texas law.

Other proposals made by the committee include the elimination of consent searches. The threshold for stops would be raised to something higher than the current threshold which is “probable cause” and “reasonable suspicion.”

However, the moves are opposed by Kevin Lawrence, executive director of the Texas Municipal Police Association. He took issue with the premise that people are not truly consenting to be searched and officers are coercing them into it.

Stops by police officers remain a controversial issue in Texas. Often, we see cases in which a stop without due cause prompts a DWI arrest. If you have been arrested for a DWI or any other offense, talk to our Fort Worth drunk driving defense lawyer today. Contact us at (682) 204-4066.