Gang related crimes remain a problem in many parts of Texas. The scale of the issue was serious enough for Governor Greg Abbott to recently announce a new operation to crack down on the rise of gang crimes in the Houston area.

Abbott held a press conference in Houston in April when he pledged to tackle violent gang-related crimes in that city, reported Texas Insider.

Abbott detailed a plan to join forces with the FBI and other local law enforcement agencies to take action. He said:

“This recent wave of senseless violence cannot continue. Government’s foremost responsibility is to keep our citizens safe and secure. Texas will take action and use all lawful means to put an end to this lawlessness.”

The operation has seen the arrest by U.S. Immigration and Customs Enforcement (ICE) officers of a Salvadoran national who is reported to be a member of the violent MS-13 gang.  Officials said William Magana-Contreras, 36, was arrested in Houston and placed in custody. He is wanted in El Salvador for aggravated homicide. 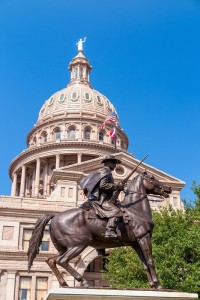 Abbott pledged to focus an operation to counter violent crime in Harris County.

Abbott pledged to implement a host of measures including:

Violent crimes such as murder, rape, robbery and assault rose by more than 10 percent in Harris County last year. However, some other cities saw larger rises in violent crime.

Austin, the scene of a fatal stabbing at the University of Texas in May that left three other people injured, saw homicides increase by 66 percent in 2016.

The Texas Insider report stated Harris County has more gang members than anywhere else in the state with as many as 20,000 belonging to at least 300 gangs.

A report in 2015 suggested the gang landscape in Texas is changing rapidly. The Department of Public Safety’s annual Texas Gang Threat Assessment highlighted Tango Blast as the most predominant gang in the state. It was found to have as many as 15,000 active gang members statewide. The gang was consolidated in prisons and its loose organizational structure allowed it to form more easily.

Gang charges carry elevated sentences. If you have been charged under the state’s gang statutes, it’s important that you get experienced legal representation as soon as possible. Call the Medlin Law Firm today.