A recent murder/suicide case in Texas once again illustrates the high rates of domestic violence in the Lone Star State.

A report in People stated a father from Texas killed his wife and daughter before he turned the gun on himself.

The Navarro County Sheriff’s Department said the body of 46-year-old Jefferson was found in his Corsicana home by the bodies of his wife, Penny Stovall, 43, and 8-year-old daughter, McKenzie. The murder/suicide scenario is not an uncommon one.

Deputies received a call from worried members of the family who had not been able to reach them for 24 hours. Deputies recovered a .44 magnum from the crime scene according to the news release. No information was forthcoming on a possible motive. 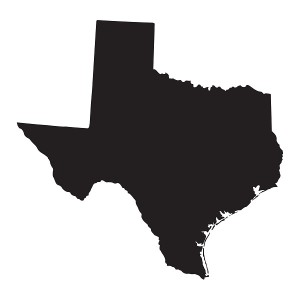 A murder/suicide was reported in Navarro County

Deputies said they received no reports of previous criminal complaints from the home. The bulk of homicides are committed by people who know each other. In many cases, there are no warnings of impending violence.

A number of family violence-related bills were submitted to the Texas legislature this year.

In South Texas, a lawmaker is promoting bills to help protect family violence victims and help heal those hurt by domestic violence.

Bills were filed by State Rep. Abel Herrero, D-Robstown. The Victim Information Privacy Act would protect the notes of family violence advocates from subpoena. At present, advocates in family violence facilities avoid taking notes when they meet with victims so as they can’t be subpoenaed by attorneys for the defendant, according to Aaron Setliff, policy director with the Texas Council on Family Violence.

Setliff said the victims have to re-tell their stories in court which can be traumatizing.

The Caller-Times reported the other piece of legislation, House Bill 3655, would set up grant funding for electronic monitoring devices for defendants who are facing criminal charges. Judges, prosecutors, and campaigners pushed for GPS funding in the wake of the death of Patricia Askew three years ago.

Askew obtained a protective order against her estranged husband when he was jailed for beating her. However, after he was released from jail he shot her dead in her driveway just a day before they were due to return to court to renew the protective order.

The surge in domestic violence crimes means courts may seek to make an example of offenders by imposing particularly harsh sentences. If you have been charged with a crime of this nature, it’s vital to receive experienced criminal defense counsel. Contact the Medlin Law Firm today about your case.