Concerns over the accuracy of bite mark evidence have been highlighted over the last few years. Recently, they led to the halting of the execution of a Texas man.

The execution of Kosoul Chanthakoummane was stopped by the highest court in Texas earlier this year. He was convicted in 2007 in the robbery and killing of a McKinney realtor.

After spending more than nine years on Texas’ death row, Chanthakoummane was slated to die on July 19. A report in the Texas Tribune noted the 36-year-old was convicted of the fatal stabbing of realtor Sarah Walker in a model home where she worked. 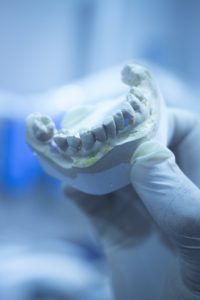 In June, the Texas Court of Criminal Appeals issued a stay of execution in the case and sent it back to the Collin County trial court.

At issue was discredited forensic evidence, the Tribune reported.

Bite mark comparison science is one of the forensic methods that has been targeted as inaccurate by the Innocence Project and the Texas Forensic Science Commission, we noted recently.
Walker was found stabbed 33 times with a bite mark on her neck on July 8, 2006. Her ring and watch were missing from her body. Police also found bloody fingerprints found at the crime scene. DNA beneath Walker’s fingernails linked the crime to Chanthakoummane, who was picked up almost two months later.

Chanthakoummane told investigators he went to a model home after his car broke down. He said he had cuts on his hands that might explain his blood at the scene, according to court filings. State prosecutors brought in forensic experts who said the bite mark on Walker’s neck and DNA at the murder scene pointed to Chanthakoummane.

Bite mark evidence has come under increased scrutiny in recent years. In 2016, a White House report reached the conclusion that bite-mark evidence was not scientifically valid as a forensic method at crimes scenes.

Chanthakoummane’s case was the third time this year the Texas Court of Criminal Appeals has halted a scheduled execution.

In the spring, the court halted the scheduled execution of Tilon Carter, a man from Fort Worth who was convicted of a 2004 home robbery and murder in the city. His execution was removed from the schedule twice.

Carter, 37, filed a late appeal in May to the court claiming prosecutors used false evidence at trial that 89-year-old James Tomlin, died partially from being smothered. Carter has consistently maintained he never intentionally killed Tomlin, making him ineligible for a death sentence.

Texas executes more inmates than any other state. If you have been charged with murder, it’s vital to hire experienced criminal defense counsel. Call our Fort Worth attorneys today for a free consultation.