Texas Campus Carry Law Leads to Changes in the Classroom

Texas’ campus carry law was contentious before it was implemented. However, now it’s in place, it’s making few headlines.

But the relative lack of incidents related to guns on campuses does not mean it’s business as usual at schools.

Recently, the Houston Chronicle reported on how at least one university in Texas has changed aspects of how it teaches and even interacts with students because of the law.

It noted a new study from a Michigan State University researcher Nathaniel Cradit, who holds a doctorate in higher, adult and lifelong education. Cradit spoke to about a dozen professors at an unnamed Texas university over three weeks in late 2016.

At the university, which Cradit dubbed “Metropolitan University,” one professor said he ducked out of a meeting with a “combative” student out of fear for his safety.

Another professor reported he moved office hours to a public space because he feared a student might be carrying a gun. A third academic felt she needed to be more cautious when discussing feminism and Sigmund Freud in the classroom because of the gun law. 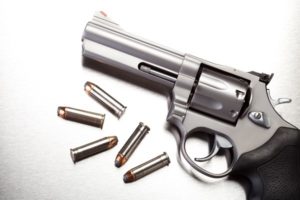 Campus carry law leads to changes in the classroom

Others reported a more general need to be cautious around students who might be armed.

However, many academics at the university in Texas were slowly accepting the new normal. Although many members of faculty did not outwardly change aspects of their work they felt the climate had changed on campus and were constantly reminded of the campus carry law because of signs that denoted gun-free zones.

One of the interviewees said:

“It takes away from the feeling of safety. … A sign that says ‘no guns’ implies that lots of people might want to carry them here and they have to be told not to do that.”

Cradit felt campus carry was clearly influencing changes to teaching and interactions between students and staff members, even among faculty who did not acknowledge outward change. He went as far as claiming these changes might impact student achievement.

A report in the Houston Chronicle stated there were three firearm discharge incidents reported on Texas college campuses last fall. One of them was a suicide, and the other two resulted in no injuries and limited property damage.

Students who were questioned did not seem concerned about campus carry and said they did not feel intimidated in the classroom.

However, Jonathan Snow, at that time the University of Houston’s faculty senate president, reported all of the six candidates he interviewed for faculty or administrative positions in the fall of 2016 asked him about the law.

The campus carry law is complicated in that there are some areas on faculties where guns cannot be carried. While Texas has an open carry law, campus carry only allows concealed carry.

If you have a question about firearms laws or have been arrested, please contact our experienced Tarrant County criminal defense lawyers.