The justices of the U.S. Supreme Court have expressed serious misgivings about the proposed execution of a man with borderline mental disabilities in Texas.

In November, the Supreme Court indicated it was likely to side with longtime death row inmate Bobby Moore.

An Associated Press report stated a majority of the justices expressed their misgivings about the way the Texas Court of Criminal Appeals evaluates borderline intellectual disability cases.

Earlier, the Texas Court of Criminal Appeals reversed the findings of a lower court and ruled that Moore was not intellectually disabled. He was convicted of killing a Houston grocery store clerk in 1980.

More than a decade ago, the nation’s highest court drew a line in the sand over the execution of inmates with intellectual disabilities.

The justices said using the ultimate sanction against an inmate with an intellectual disability is in violation of the Eighth Amendment’s ban on “cruel and unjust punishments” in the 2002 case of Atkins v. Virginia.

A majority of justices during arguments at the high court expressed misgivings with the way the top Texas criminal appeals court evaluates borderline cases of intellectual disability. 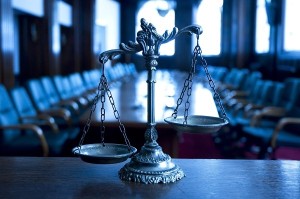 The case was the third death penalty appeal to reach the U.S. Supreme Court in recent months.

A report in USA Today noted the hearing related to Texas’ unique system for making a decision on who is intellectually disabled, and should be able to avoid the death penalty.

Critics of the Texas standard say it is outdated and is not endorsed by mainstream medical organizations.

The state’s test is based on what the Texas Court of Criminal Appeals described as a “consensus of Texas citizens.”

Not everyone who meets the definition of intellectual disability drawn up by social services’ should be exempt from the death penalty, according to the State of Texas.

It’s questionable whether this stance is consistent with Atkins v Virginia. In the Supreme Court, three conservative justices appeared to support giving Texas discretion. Five others indicated their disapproval.

Justice Ruth Bader Ginsburg said allowing one state to provide its own definition of impairment opens the door to inconsistent results.

While the state pointed to some IQ tests recorded by Moore in school in the lower 70s, his defense team say at the age 13, he could not tell the time or understand the days of the week and the months of the year.

The failure of prosecutors to factor in intellectual disability in defendants remains a concern in Texas’ legal system.

It’s vital to hire a Tarrant County criminal defense attorney who will fight to highlight mitigating factors in any proceeding. Call Gary Medlin today at (682) 204-4066.