Study Finds Voters’ Perceptions of Crime Were at Odds With Reality

The public’s perception of crime and how often it occurs is often at odd with reality. While many voters in last November’s elections believed crime levels were increasing, the longer trend has been a steady decline.

A recent study by the Pew Research Center published around the time of last November’s election found perceptions of crime at odds with reality.

Violent crime has decreased by double digits since 2008. However, most voters believe it got worse over the last six years. The disconnect between perception and reality is not a new phenomenon.

The Pew Research Center conducted the study in the two weeks leading up to the presidential election. Researchers canvassed the views of 3,788 registered voters who intended to vote or had done so already. 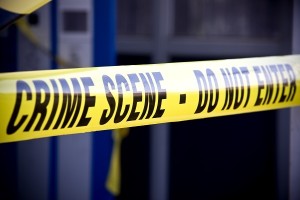 In the lead up to election say, 57 percent of prospective voters thought crime had got worse since 2008. About 80 percent of voters who supported Donald Trump thought crime rates had risen compared with 37 percent of backers of Democrat Hillary Clinton.

A mere five percent of Trump supporters thought crime levels had fallen and 25 percent of Clinton voters believed there had been an improvement.

Crime fell from 2008 and 2015. Violent crime tumbled by 19 percent and property crime by 23 percent during that period, according to the FBI’s Uniform Crime Reporting Program, which aggregates crimes figures in 18,000 jurisdictions around the country.

Notwithstanding the longer term trend, a number of reports last year noted a more recent rise in violent crime in major U.S. cities like Chicago, Baltimore, Dallas and San Antonio. In Fort Worth, overall crime fell but homicides rose in the first part of 2016.

These spikes have not offset the longer term trend of falling crime but they make headlines that can affect public opinion.

The FBI’s official figures see a lag time. The rise in crime in cities like Chicago in 2016 appears to have influenced the electorate. Projections of a 6 percent rise in violent crime from 2015 to 2016 cloud the long term picture, but are not enough to offset the overall decrease in crime from 2008.

The Pew Research Center pointed out electors consistently told pollsters they believe crime levels are rising. Since 1989, Gallup has asked respondents whether they believe the U.S. is seeing more or less crime compared to the previous year. In 21 of the 22 years, a larger share of the poll’s respondents said there was more crime.

If you have been charged with a violent crime, you are likely to be facing a felony that carries a stiff sentence.

You should hire an experienced Fort Worth criminal defense attorney who will mount a vigorous defense. Call us at (682) 204-4066.