A relentless rise in violent crime in America’s cities was not sustained in many locations in 2017. However, violence still appears to be increasing in Texas’ capital according to Austin violent crime stats. A series of bank robberies is linked to the increase.

A report in the American Statesman noted the number of violent crimes in Austin rose by about 3 percent over 2016 figures. However, the figures were only based on calculations from Austin police through July.

The figures were released by Interim Police Chief Brian Manley at a city Public Safety Commission meeting in September. 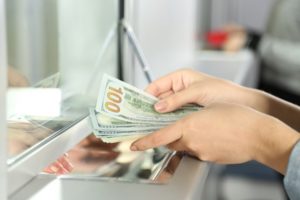 The Statesman reported the figures represent a modest increase of 76 incidents over the 2,525 violent crimes reported over the same period a year ago.

Austin is not known to be a city with high levels of violent crime. In 2016, the city saw a significant rise in violent offending. In July 2016, authorities marked an 11 percent rise in the number of violent crimes — the first big increase in almost a decade.

The figures for the first half of 2017 are provisional in that they don’t yet account for population growth. A breakdown of the per capita rate was not available.

Manley said the two areas where police saw spikes in recent years are aggravated assaults and robberies, although robberies fell by roughly 5 percent so far from last year.

Robberies in the first seven months of 2017 included nine bank robberies and 11 “series” of robberies, which made up 75 separate cases, according to Manley.

The spate of bank robberies in Austin resulted in arrests. The suspects were identified or arrested in nine of the 11 series of robberies.

Find out more about robbery and aggravated robbery on our website. If you have been charged with an offense of violence you will likely be facing a heavy sentence. Please call us today for a free consultation about your case.