A partnership between the Justice Department and independent scientists was intended to raise forensic science standards and highlight issues with some forms of evidence gathering.

Despite its success in debunking some forensic science methods, Attorney General Jeff Sessions has suspended the initiative.

Instead, a new strategy will be set by an in-house team of law enforcement advisers, the Washington Post reported.

In April, Sessions revealed he would not renew the National Commission on Forensic Science. 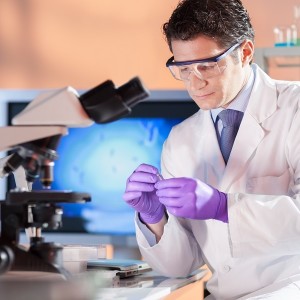 The commission was set up by former President Barack Obama in 2013. It comprised about 30 members including scientists, crime lab officials, judges, defense lawyers, and prosecutors.

A new forensic advisor who is yet to be named will chart a revised course on forensic science, Sessions said.

Some of the commission’s work was left unresolved. For instance, no decision was reached on calls for new department-wide standards for reporting and examining forensic evidence across the country.

It appears that work on setting up uniform standards for forensic testimony has been suspended.

Many people in the criminal justice community are dismayed by Sessions’ decision to suspend the commission. Since its creation, it has highlighted and discredited some widely-used forensic techniques, suggesting they are ‘junk science.’

Uniform forensic science standards may end up being the victim of the move.

We recently noted how flawed hair comparison analysis techniques are linked to wrongful convictions. As many as 32 defendants may have been sentenced to death on the basis of flawed hair analysis evidence.

Four forensic techniques including firearms tracing were questioned by the commission which pointed out claims about their reliability was never scientifically proved.

U.S. District Judge Jed S. Rakoff, the only federal judge sitting on the commission, was skeptical about the ability of the Department of Justice to regulate forensics. He said:

“It is unrealistic to expect that truly objective, scientifically sound standards for the use of forensic science . . . can be arrived at by entities centered solely within the Department of Justice.”

If forensic evidence was used in a case against you, it may be flawed. It’s vital to retain an experienced Fort Worth criminal defense lawyer.