Robbery Offenses in Fort Worth – Four Teens are Arrested

Robbery offenses are very serious in Texas, especially when they are accompanied by violence.

Recently, CBS reported on the arrests of four 17-year-olds in Denton. They were arrested after a robbery and assault in Stockbridge Road last November.

Police said the victim who was 22, sustained a contusion on the left side of his head. Officers claimed he was hit and kicked when he was robbed. A large police operation ensued. Police arrested the suspects in a wooded area close to a Home Depot store. 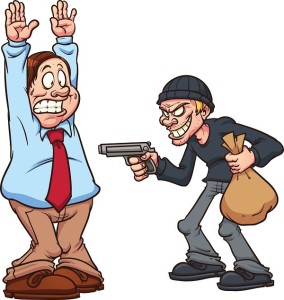 Officers saturated the area and found the suspects in a wooded area near the store. They said the suspect had items from the victim’s wallet. The report said they admitted to robbery when they were interviewed.

Police said the four allegedly worked together. They were charged with engaging in organized criminal activity. Bond was set at $50,000 per defendant.

What Must be Proved in Texas Robbery Cases

To convict a defendant of robbery in Texas, a prosecutor must prove that while the perpetrator is committing theft in taking the property of another, he or she intentionally, knowingly or recklessly caused bodily injury to the victim.

A robbery charge can also be brought when the defendant intentionally, knowingly or recklessly threatened a victim or caused the person the item was taken from to fear bodily injury or death.

Robbery is charged as a second degree felony in Texas. The offense carries a penalty of two to 20 years in a state prison a fine of up to $10,000.

If a defendant is charged with engaging in organized criminal activity the penalty can be increased.

The offense is described in the Penal Code Chapter 71.02 which describes offenses committed in collaboration. The defendants don’t necessarily have to know each other to be charged with engaging in organized criminal activity. This statute is habitually used for gang members.

You should not take offenses of this nature lightly. You could be facing a long stretch in a state jail if you are convicted of robbery. Our law firm is dedicated to vigorously defending the accused in Tarrant County. Please contact us at (682) 204-4066.