Research on the Thoughts of Offenders May Assist Crime Reduction

When most people lose their temper and threaten to kill someone, they don’t mean it. However, a new research paper points claims identifying criminal offenders with “homicidal ideation” could change how some of the most serious offenders are treated.

The research from Iowa State University was noted in Science Daily. The authors spoke to Matt DeLisi, a professor of sociology and criminal justice at ISU who said the identification of offenders who have thoughts of deadly violence, as opposed to their actions, could transform the treatment of offenders. 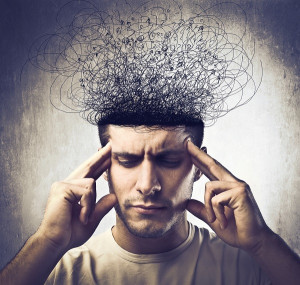 Untangling the thoughts of offenders may lead to crime reduction

In a research paper published in the American Journal of Criminal Justice, DeLisi in tandem with colleagues with U.S. Probation found offenders who exhibit show so-called ‘homicidal ideation’ are more likely to commit serious crimes.

The challenge for researchers is separating those who have transitory homicidal thoughts from those who see killing as an appropriate response to a situation.

DeLisi said almost 80 percent of men and 66 percent of women who were surveyed in 1993, have homicidal thoughts.

The issue becomes a potential problem when those homicidal thoughts progress to situations when people consider homicide or simulating the act of killing.

“For most people, the thoughts are short-lived and related to a dispute. They may think about killing someone instantaneously, but once they cool down they’re OK. For correctional clients, it’s part of their emotional life. They have a lot of anger, hostility and psychopathology.”

DeLisi found about 12 percent of offenders in his study demonstrated evidence of homicidal ideation. Although it’s a relatively small percentage, DeLisi says this behavior is strong indication of criminal behavior.

This group linked to some of the most severe crimes including murder, kidnapping, armed robbery, and assault.  DeLisi found members of this group committed their first offenses at an early age – 14 on average.

They amassed nearly more than 30 criminal charges on average and nearly 20 convictions. They landed up incarcerated as many as five times and were frequent parole and probation violators.

DeLesi’s study was one of the first pieces of criminological research to consider the link between homicidal thoughts or ideation and actual behavior. Past research has considered how certain medicines impact criminal behavior.

DeLisi cited the case of a man who was convicted of a murder hate crime at the age of 19. He said even as a child aged three or four the boy was making homicidal statements, directed to his mother and society in general.

The study considered the backgrounds and past statements of 863 clients when they were on supervised release. Most of them were white males.

DeLisi said the identification of people with homicidal ideation can assist with treatment programs and provide additional protection for the public.

He said 5 to 10 percent of offenders commit half of all the crimes in America and most of the serious offenses.

If you have been charged with a crime in the Fort Worth area, call our experienced criminal defense lawyer at (682) 204-4066. See what our past clients said about us here.