For decades, 17-year-old defendants have been treated like adults in the Texas criminal justice system. However, the state is being targeted by raise the age advocates.

Recently, New York became the latest state to raise the age of people who are charged and imprisoned as adults. In 2017, juvenile justice advocates celebrated a decision by the state to stop treating 16 and 17-year-olds as adults.

By October 2019, teenagers under the age of 18 will no longer be sent to jails and prisons that house much older offenders, reported Think Progress.

Those opposed to the current system said it exposed young offenders to violence and made them more likely to wind up as lifelong offenders.

New York was one of just two states with a policy of prosecuting all 16- and 17-year-olds as adults. Under a provision in the $163 billion state budget passed by the state legislature, it will divert 16 and 17-year-olds to family and youth courts and hold them in juvenile facilities. 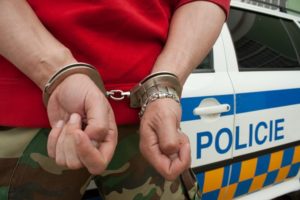 New York will raise its age of criminal responsibility to 17 by October 2018 and to 18 a year after.

Texas has to date held out against change despite a raft of bills to raise its age of criminal responsibility.

In the fall of 2017, the Texas Criminal Justice Coalition again urged lawmakers to raise the age of criminal responsibility from 17 to 18 during the next legislative session.

A press conference in October was attended by The ACLU of Texas, Texans Care for Children, Texas Appleseed, Texas PTA, and Disability Rights Texas.

In Texas, 17-year-olds have been treated like adults in the courts since 1918. The case for raising the age is becoming more persuasive and incudes new regulations for separating adults and juveniles in jails that will cost millions of dollars to implement.

The Medlin Law Firm has 50 years of combined experience in representing young people charged with offenses.