For decades, DNA evidence has proved to be vital in criminal cases. If DNA matched you to a crime, you were almost certainly guilty. Now it appears it was not as black and white as it seemed.

A report on the TV channel KXAN revealed a change in scientific standards resulted in a statewide reexamination on an unprecedented scale. 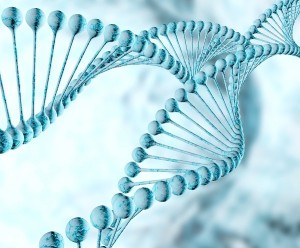 The problem concerns new research into the probabilities scientists generate which are used by prosecutors to calculate the likelihood of a match.

Last year, the FBI informed crime labs across the country it found errors in data used by forensic scientists in thousands of cases. The errors concerned the chances that DNA evidence found at a crime scene matches a suspect, reported the Washington Post.

Bob Wicoff is the director of the Texas DNA Mixture Review Project. He told KXAN science has evolved in the calculation of the frequency that certain DNA profiles appear at random in the population.

Alarmingly, Wicoff said the issue is much larger than anything he’s seen in Texas or any other state. The project received about 750 cases since March. About 30 have gone on for reevaluation. As many as 1,400 defendants are seeking re-testing.

The closure of the DNA lab in Austin adds to our concerns. The lab was closed this summer. An audit carried by the Texas Forensic Science Commission found the Austin lab lacked properly trained staff. The report warned the lab was not up to date on standard protocols.

The report said since 2010, the lab was using a testing standard that “is neither scientifically valid nor supported by the forensic DNA community.”

DNA testing in Texas has been a cause for alarm for more than a decade. In 2002, the TV station KHOU 11 obtained dozens of DNA samples from the Houston Police Department Crime Laboratory.  The samples were sent to an independent expert for analysis. The results were alarming.  Technicians at the lab were routinely misinterpreting even the most basic samples

The recent revelations about DNA alarm me as a criminal defense attorney. If you have been charged with a crime and the evidence is stacked up against you, you should never give up. An aggressive Fort Worth criminal defense lawyer may find inconsistencies in the evidence. Call Gary Medlin at (682) 204-4066.